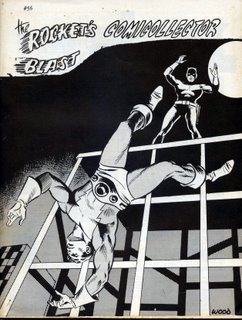 Here’s one that I missed when it was new. As you know if you were here yesterday, I didn’t discover fandom until 1971 and this issue of the ROCKET'S BLAST/COMICOLLECTOR came out in 1968. I picked it up a few years back for its great Wally Wood cover of a Daredevil clone (note: no logo) tossing T.H.U.N.D.E.R. Agent Dynamo off a building. The RBCC deserves its own post so we won’t really get into it too much today except to say that at the time it was primarily an adzine. Nearly the entire issue is made up of ads from fans wanting to sell comics by mail. (WARNING: Do NOT read these ads! Just seeing Mint prices on early FF and even Superman issues under $20.00 has been known to cause seizures in fans!) 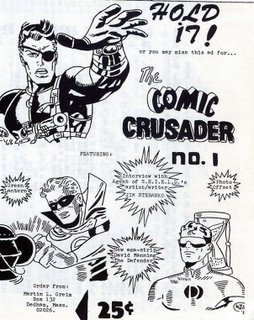 There are also, however, quite a few ads for more fanzines and these I found fascinating! Here are a few! 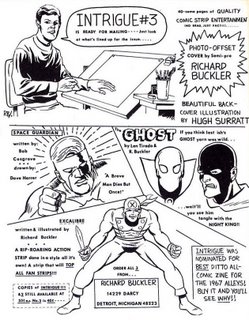 The earliest Rich Buckler pro work I recall seeing was a ROBIN story from around 1971. 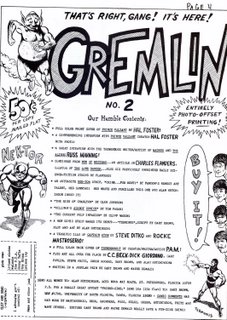 Note friend Fred Hembeck’s name in the ad for THE COLLECTOR! 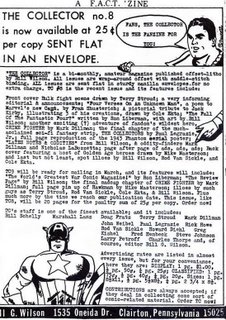 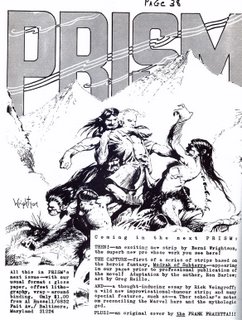 Finally, one of the few bits of content in this issue is this newspaper clipping about the flap over CAPTAIN MARVEL. 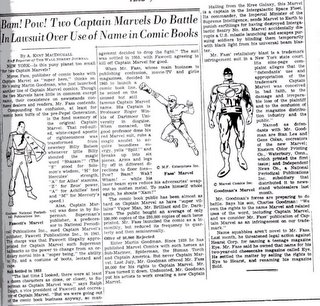 No…not THAT flap! Just zoom in and read it! I gotta SPLIT! ZAM!
Posted by Booksteve at 9:05 AM