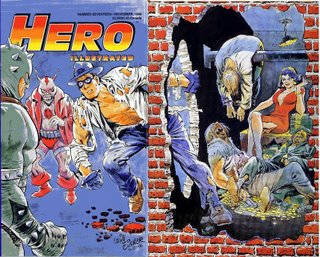 After the newspaper SPIRIT sections folded in 1952, Will Eisner spent the rest of his life resisting the temptation to do new stories with the character. Well...almost resisting. There were those few new pieces in the 1966 Harvey comics, that big Canadian tabloid that's so hard to store, the SPIRIT JAM, a couple of underground pages and even the team-up with THE ESCAPIST, just before the artist's death last year. Something he was always up for, though, was a new SPIRIT cover! Previously on this blog, we ran a nice color SAN DIEGO CON BOOKLET cover. Today, we offer a few more, starting with a HERO ILLUSTRATED fold-out cover from late 1994. 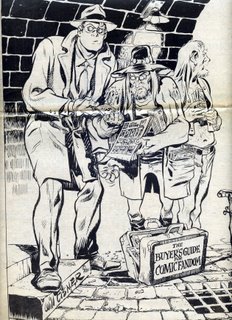 Also present is a black and white TBG cover from 1981, the cover of the COMIC SHOP NEWS COLLECTOR'S GUIDE issue 1 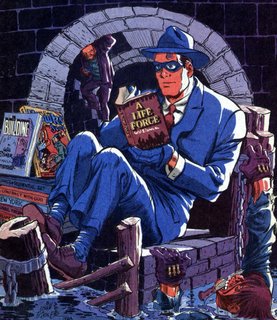 from 1988 and finally, the back cover of the STRIP-AIDS benefit book , also from that same year. 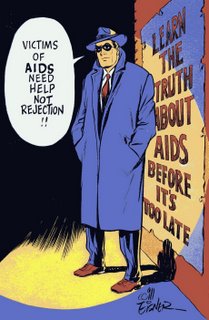 Posted by Booksteve at 9:52 AM