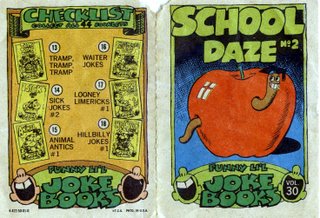 Here's a little school joke book from the mid-sixties drawn by Wally Wood with, I believe, the assistance of Bhob Stewart. As you can see from the back cover, there were 44 of these in all and obviously many were not by Wood. I don't recognize the art style in the others shown here. If these were from Topps 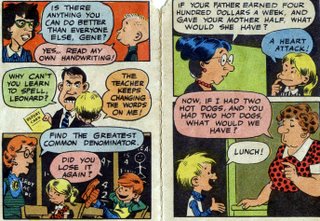 though, as I believe they were, I'm pretty sure Art Spiegelman was there at the time and probably contributed. Since these are, after all, SCHOOL jokes, I thought this might also be a good place to run my cherished honorary diploma from the Wally Wood School of Comic Art and Applied Psychology. According to legend, Woody gave these out to all 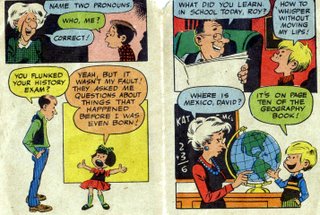 of his many assistants over the years. When, in a last ditch attempt at creative freedom, he started his latter-day fan club, The Friends of Odkin, in 1979 he signed and sent along one of these with all of the initial member packages. 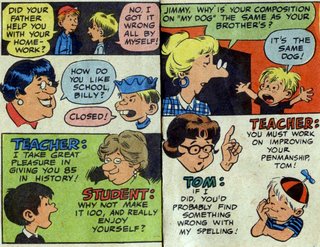 The real attraction to the package, as we've discussed before here, was a free Wood sketch of either Odkin, Sally Forth or Nudine. 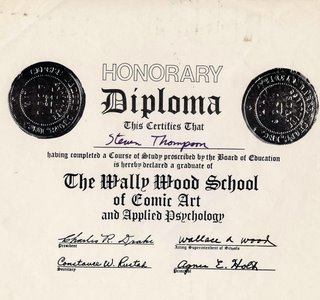 A recent email from Wood's one-time assistant Paul Kirchner (thanks, Paul!) confirmed my long-time suspicion that it was he, in fact, who actually drew them, paid $2.00 each by Wood to trace an original sketch. Sigh. Wally's demons were fast creeping in at that point. 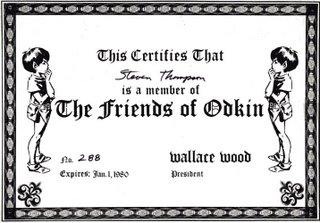