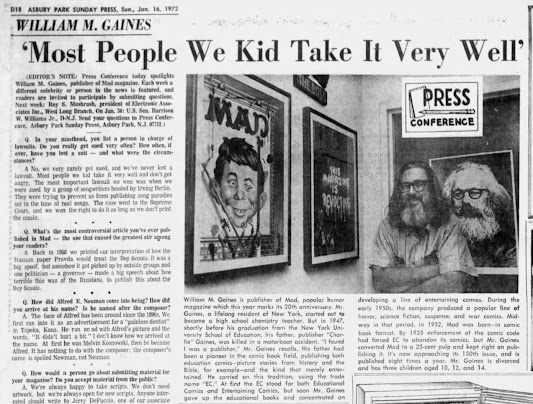 I knew MAD but I first discovered Gaines as anything other than a name when Frank Jacobs' book about him came out in paperback, probably in 1973. Being quite familiar with him nowadays, I see this as quite a good interview, especially for its time. 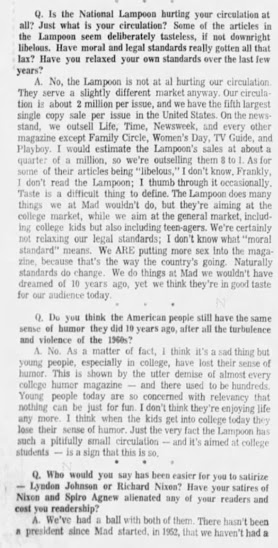 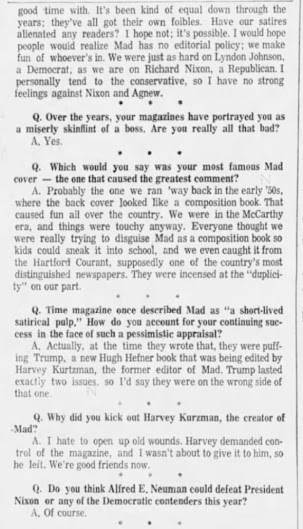 Posted by Booksteve at 3:57 PM No comments:

Coming Soon--Booksteve in Back Issue 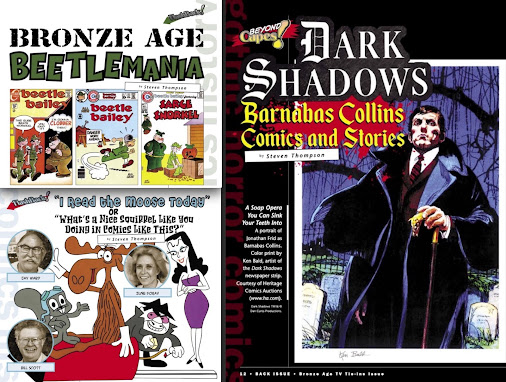 The TwoMorrows site has posted previews of the next three issues of BACK ISSUE to feature articles by me. If anyone is interested, you can see them and all the other great upcoming articles at: https://twomorrows.com/index.php?main_page=index&cPath=98_54
Pre-order now!
Posted by Booksteve at 8:21 PM No comments: 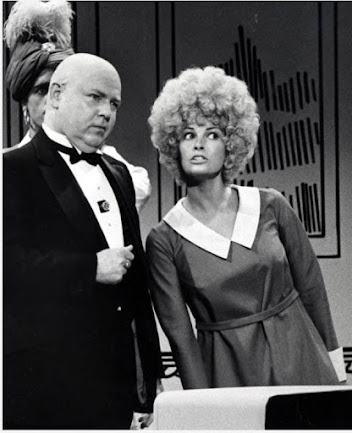 I posted a couple of clippings a
this January, 1972 CBS TV special on my TV blog a few years back. Here are some more photos I've just run across. 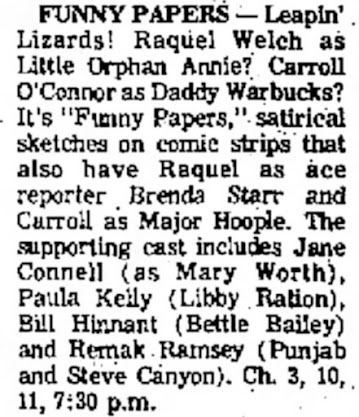 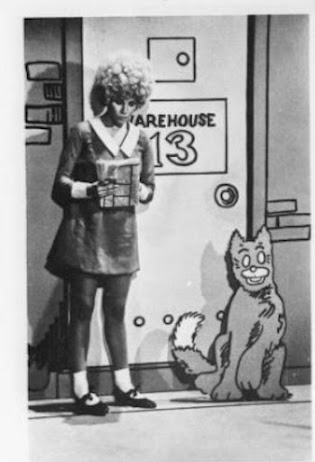 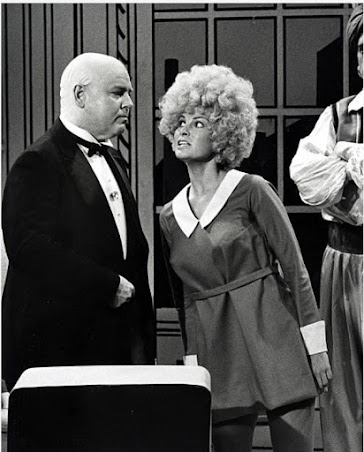 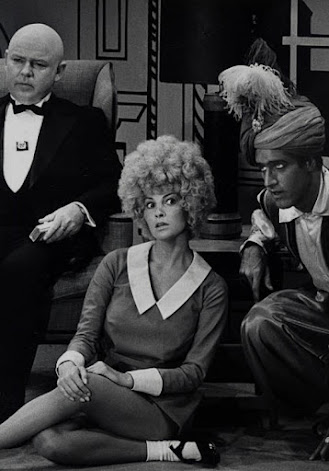 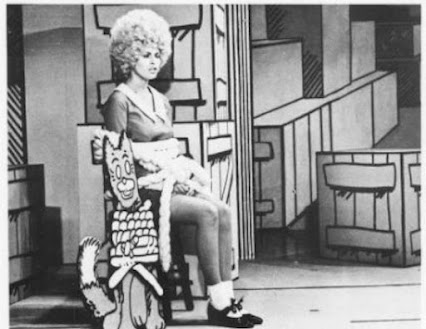 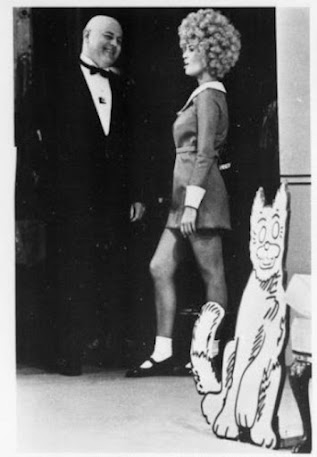 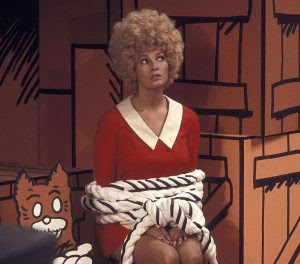 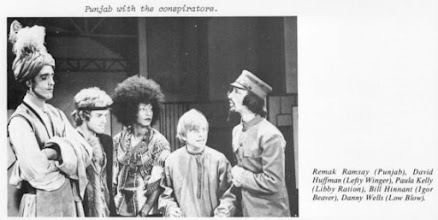 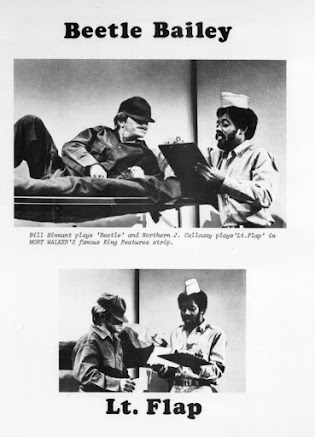 This is NOT Bill Finger! 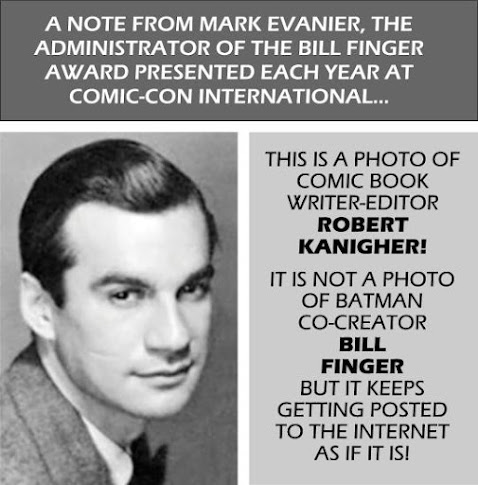 Posted at the request of Mark Evanier, whose reasons you will find here: https://www.newsfromme.com/2021/04/12/the-fickle-finger-of-fate/
Posted by Booksteve at 5:30 PM 1 comment: 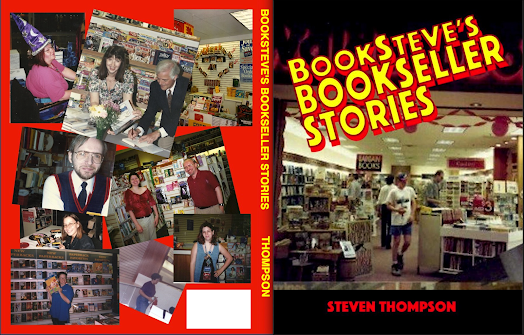 Sorry there haven't been a lot of posts here recently. Technically, I retired as of last month but I still have a number of writing projects on my plate and hopefully more to follow.
Just out--although I dare you to try to find a copy now--is Volume Two of Jim Beard's episode by episode look at the 1966 BATMAN series by an all-star cast of writers and myself. It featured my essay on the two Clock King episodes, the only time Batman co-creator (REAL creator, some say) Bill Finger ever got a credit for writing Batman in his lifetime. Unfortunately, it was pulled due to a copyright claim after only two weeks! None of the contributors even got a copy. Worse, last years first volume was also pulled from further distribution. It featured my look at Zelda the Great! If the books don't end up getting retooled and republished at some point, I'll probably debut the Clock King piece here on the blog.
I'm tentatively set to do a DARK SHADOWS piece for a similar book this summer. 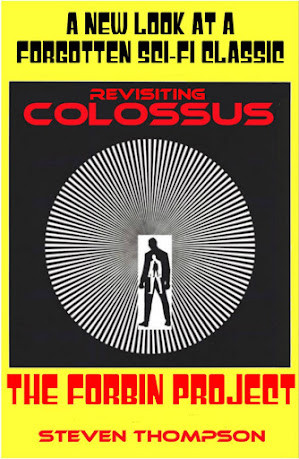 Also on my plate is finishing my 50th anniversary look at the amazing COLOSSUS: THE FORBIN PROJECT. It's now past the 50th but the project remains 75% done and I still hope to bring it out.
With my Mitzi Green book still on the back burner, I've agreed to write an article on her films for the magazine FILMS OF THE GOLDEN AGE. No deadline on that but I've begun rewatching all her movies. Only one is unavailable, and possibly lost--1930's SANTA FE TRAIL. I have all the rest.
My regular column, ONCE UPON A LONG AGO, debuts this summer in TwoMorrows' COMIC BOOK CREATOR, dealing with comics' past from my own personal point of view.
Meanwhile, my regular reviews continue to turn up in my FORCES OF GEEK column, BOOKSTEVE REVIEWS, as fast as I can read 'em and write 'em! Just posted was my review of Barry Windsor-Smith's masterful new graphic novel, MONSTERS. 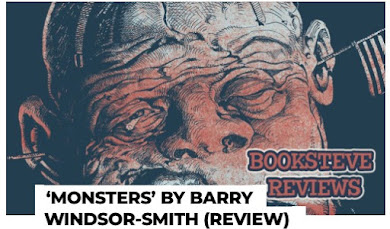 I will be returning to my roots in a way, collaborating with a well-known comics collector on a project to be announced when it has progressed a bit further.
I am contemplating a self-published collection of the best of my erotic short fiction, published online about 20 years ago, mainly as writing exercises. Some of it has been reprinted in several Canadian smut magazines through the years. Most of it has a sense of humor and my writing was often praised for both its realistic dialogue and its TV show-style banter. Nothing too kinky and always female-friendly. Most of my fans back in the day were women! Not sure the timing is right, though. Nevertheless, I've been slowly editing and occasionally rewriting a compilation I've made.
Seen at top is my current favorite project, though (NOT the final covers), a collection of the many, many bookstore anecdotes I've compiled in nearly 30 years a bookseller. Not exactly a memoir but in a way it is. I've decided my bookstore days were my school days. Grade school was when I worked at the downtown Cincinnati store and was completely green. Junior High was when I became Assistant Manager at Crestview Hills Mall. High School consisted of all the years I spent at Florence Mall, and college was when I became Manager at Crestview Hills and then Eastgate. Barnes and Noble and the Public Library represent supplemental night classes. The Airport Borders gig was my graduate school, and finally, Joseph Beth was an continuing education class. 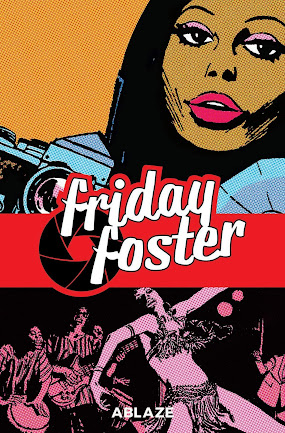 Coming up, just this week got the assignment to research and write about the 1970s comic strip FRIDAY FOSTER for a 2022 issue of BACK ISSUE! 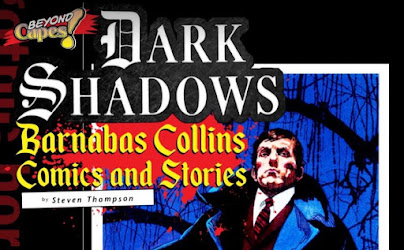 If you just can't wait that long to read my writing, I will have articles I completed last year coming up in BACK ISSUE all summer long! One is on DARK SHADOWS comic books, one is on ROCKY & BULLWINKLE, one is on BEETLE BAILEY, and one is on the DC Hotline of the 1970s!
Also, I talked via email this morning with Roy Thomas who says the long article I wrote three years ago for ALTER EGO on Marvel science fiction adaptations of the 1970s is still coming! He's just waiting for a place to slot it in.
Posted by Booksteve at 4:00 PM 1 comment: