Holiday Suggestions by Craig Yoe (and I helped!) 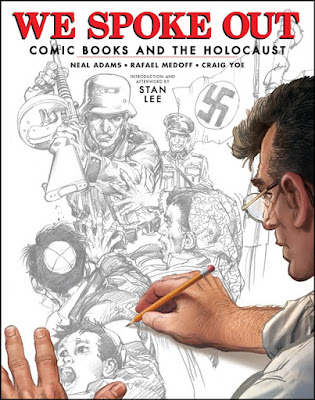 Hello! Merry Christmas and Happy Holidays to one and all. I hope you’ve all been well. It’s been a while since I’ve been here but for those of you who like my writing, I thought I’d recommend a few books for your gift giving consideration that I myself have worked on in various capacities this past year or so.

This next year marks a full decade of my working as a sidekick with the uber-creative Craig Yoe. Craig has at one time or another been associated with Disney, the Muppets, Nickelodeon, MTV, and Dark Horse statues. Nowadays, he and his partner-spouse Clizia Gussoni have been turning out beautifully designed tomes collecting themed comic book stories. Here are some of their recent volumes, all of which I was pleased to assist with in one capacity or another.

WE SPOKE OUT—COMIC BOOKS AND THE HOLOCAUST

The subject matter may not be very Christmasy but this volume is an important addition to books on the history of comics as well as to any discussion on the Holocaust. Highlighted by what have been said to be the last published pieces written by the late Stan Lee, the diverse trio of Rabbi Rafael Medoff, legendary artist Neal Adams, and unreconstructed hippie Craig, this one reprints comics stories that taught many of us more about that shameful historical event than we were being taught in schools at the time. Included are the EC masterpiece MASTER RACE, written by Al Feldstein and drawn by Bernard Krigstein, as well as a number of mainstream Marvel and DC stories, including Captain America and Batman, all annotated. I got to proofread and lightly edit parts, including Stan’s. Again, not exactly a jolly holiday book but true comics aficionados and historians will appreciate it! 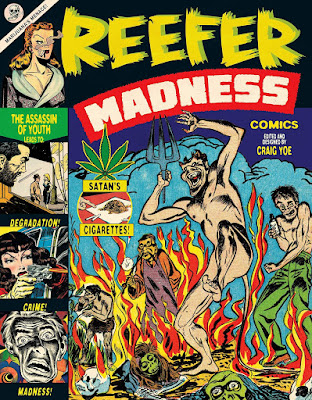 This one is educational, scary, and unintentionally funny as it gathers together bunches of over the top comics format anti-pot stories from the 1940s, ‘50s, and ‘60s by such luminaries as Kirby, Frazetta, Robinson, Meskin, Siegel, Shuster, and Kinstler. The educational part comes from the highly praised intro researched and written by myself with Craig. The rest of it’s just nuts!

THE BEST OF DON WINSLOW OF THE NAVY

Don Winslow is the stalwart Naval hero who fought Nazis and supervillains for nearly 25 years in newspaper comics, pulps, Big Little Books, radio adventures, motion picture chapter plays, and later a TV series made out of those serials. The widely merchandised character also had a long running four color comic book from Fawcett and later Charlton. This volume collects a good sampling of the most heroic sailor this side of Popeye and features an informative history of the character and his creators. I helped quite a bit with the research for that. 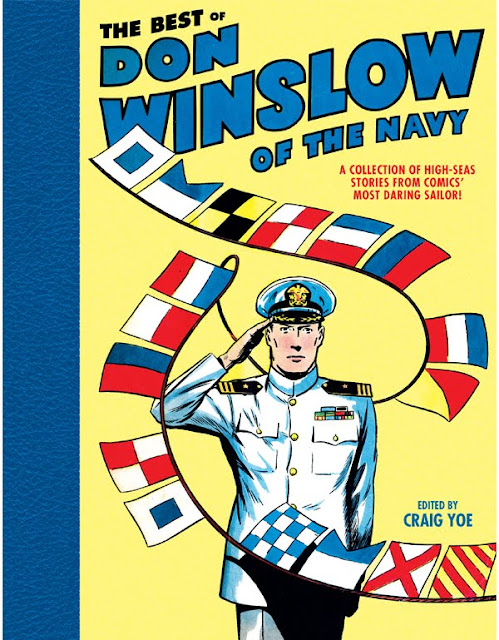 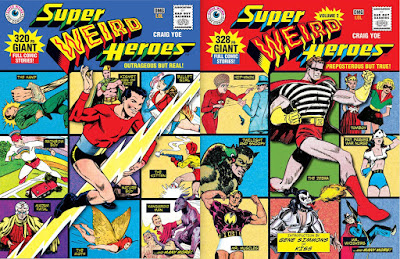 There are so far two thick volumes in this series but more are promised. Both are just amazing fun for superhero fans as they offer up tales of long-forgotten costumed crimefighters who never stood a chance of being front runners. Mr. Whiskers, anyone? Tomboy? Kangaroo Man? Rainbow Boy? Nightmare and Sleepy? Scores of other obscure series whose publishers all were doing every outrageous thing they could think of to find the next Superman. Volume 2 features an Intro by lifelong comics fan Gene Simmons of KISS. I worked on researching and proofreading both volumes. 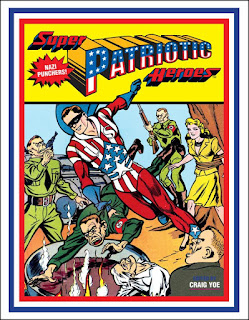 Along the same lines as the above collections, this book offers up a number of the more bizarre red, white, and blue superheroes that made up so much of the early days of comics during the patriotic fervor of World War II. Some good stories and art with some pretty minor but memorably odd characters. I proofed it and suggested a few of the stories. 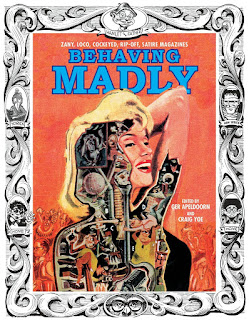 This fun book is Ger Apeldoorn’s baby, edited by Craig. I worked on various behind the scenes tasks on this one. Ger is an exceptional comics historian—both books and strips—from the Netherlands. Here he has gathered together a highly annotated collection of some of the best pieces from the many MAD magazine rip-offs that proliferated in the US in the 1950s. This book was Eisner-nominated this past year at San Diego. 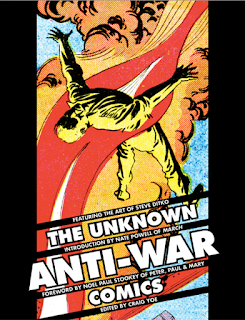 While war titles had been a staple of US comic book publishing since the Golden Age of the 1940s, every once in a while creators would slip in some stories that were either blatantly or subtly anti-war. Many of these would slip in under the radar at some of the smaller companies in the 1950s, often dressed up in science fiction or fantasy settings. This book offers a sampling thereof, with an emphasis on the lesser-known Charlton stories of Steve Ditko, who had a lot of anti-war stories. I edited the Intro by Noel Paul Stookey and helped proofread the rest.

A nifty selection of comic book horror tales of the original walking dead—mummies—chosen, edited, and Foreworded by Steve Banes. I researched and write the lengthy Introduction, offering up a capsule history of mummies in history and pop culture. 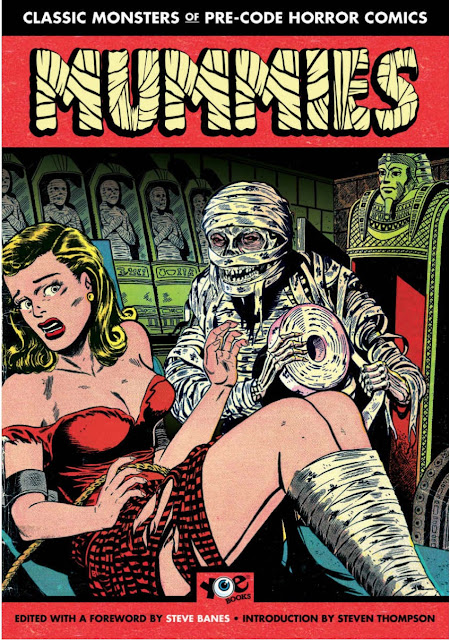 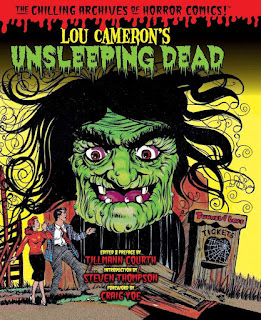 This volume of Yoe Books’ Chilling Archives of Horror Comics presents a compilation of some of the many creative horror tales by Lou Cameron, a fascinating man who spent years as an artist followed by even MORE years as an award-winning Westerns novelist. Tillmann Courth edited and write the Preface. Having been fascinated by Cameron’s metamorphosis for years, I was pleased to research and write the book’s biographical Introduction. 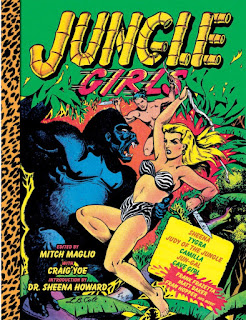 Edited by Fiction House expert Mitch Maglio, this one’s coming up early in 2019. It’s about a unique genre of which I have never been that much of a fan but I found working on it in several behind the scenes capacities brought me to a new appreciation of it. If you are already a fan of Sheena, Rulah, Fantomah, and Judy of the Jungle, it’s a great collection, highlighted by lots of Good Girl Art by Baker, Frazetta, and others. 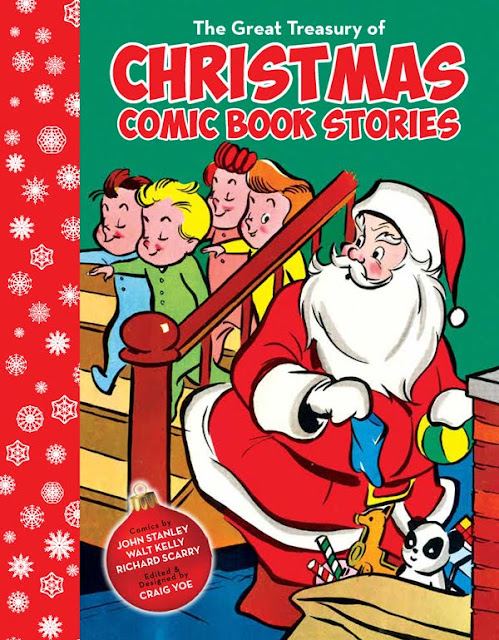 This one came out in hardcover a few years back but this year it’s new in paperback. An absolutely delightful collection of stories by some of the best kids’ comics artists ever to work in the medium—Walt Kelly, Klaus Nordling, John Stanley, Jack Bradbury, and even children’s book legend Richard Scarry! I actually did no work on this book but I get a blurb on the back cover from my original blog review! A truly wonderful holiday book for kids of all ages! 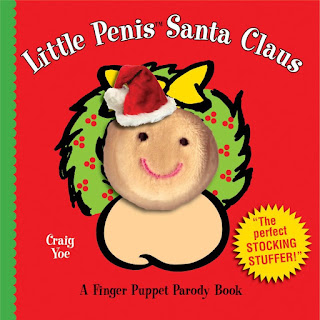 By contrast, this one is NOT for kids of all ages! The latest in Yoe’s cutely amusing series of kids’ book parodies, this one follows up from the original LITTLE PENIS and its sequel, LITTLE PENIS—OH THE PLACES YOU’LL GROW. A little naughty fun for that special adult someone in your life. (I might add I had nothing to do with this one. LOL)

THE BEST OF BOOKSTEVE’S LIBRARY

Finally, for that obsessive collector who has to have everything ever written by Craig Yoe and/or Steven Thompson, there’s this massive 500-page bargain collecting and annotating 100 pieces from my blog, BOOKSTEVE’S LIBRARY, with an all-new Foreword by Yoe! Now available on Kindle! 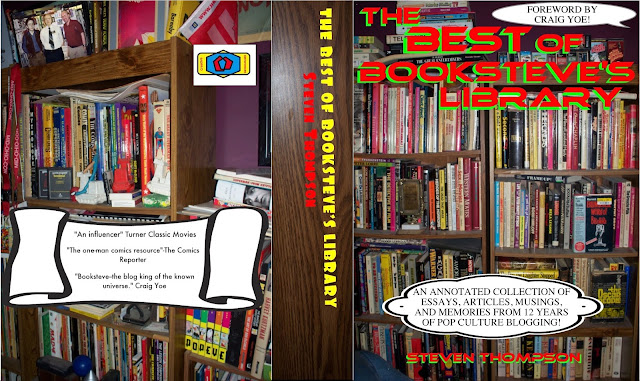 Posted by Booksteve at 4:48 PM No comments: