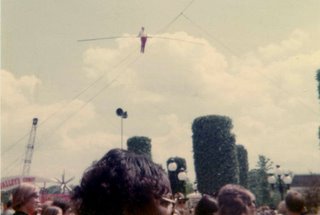 My mother took a camera every time we went anywhere but the only KINGS ISLAND pictures I could find are those seen here. The one across the lake 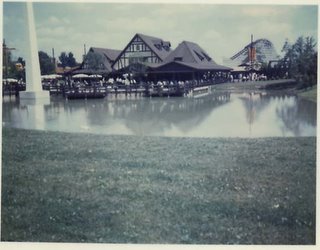 is earlier as it was a Polaroid shot and she stopped using Polaroid cameras during the mid-seventies. I believe the others to date from around 1976-77. My parents appear in the wide shot, an unintentional near-triptych that I took myself as we were having lunch along International Street. 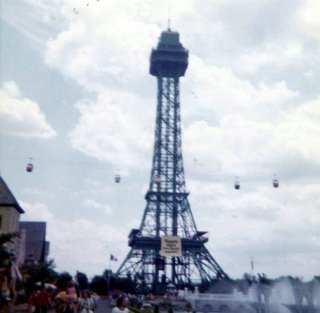 The gentleman walking the wire is none other than the late, great Karl Wallenda himself, patriarch of THE FLYING WALLENDAS. On this day Karl spent hours walking the length of the park to the delight of gawkers down below. Not long afterwards, he was killed when a burst of wind knocked him off a wire between two skyscrapers in South America. Well, time to head off to work today.Everybody remember where we parked when we came in! Penelope Pitstop Area number three! 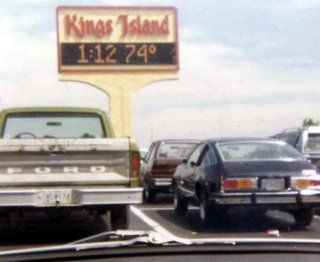 Posted by Booksteve at 8:18 AM