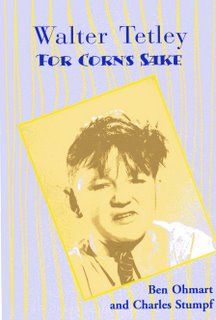 One of the mainstays of my favorite radio sitcom, THE GREAT GILDERSLEEVE, was actor Walter Tetley who played the Water Commissioner’s nephew, Leroy Forrester, for the entire decade and a half run of the series. A fascinating individual, Walter was, in Willard Waterman’s words, "one of the little people." Thus, although he did eventually have a growth spurt, his voice never really changed and he could play children on radio and later in cartoons for many years to come. In fact, he was already a show biz veteran around 25 years old when THE GREAT GILDERSLEEVE

began and would age no more than a couple of years in the context of the series. Although he appeared in some films, when Gildy went to movies and TV, the actor was passed over for his signature role because of his real age. Walter is also well-remembered as superbrat Julius on THE PHIL HARRIS-ALICE FAYE SHOW and 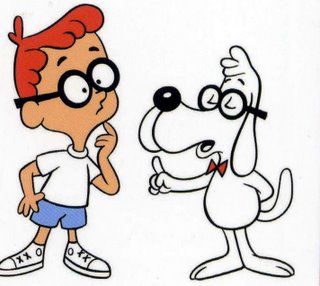 (where I first encountered him) as Mr. Peabody’s pet boy Sherman in Jay Ward’s PEABODY’S IMPROBABLE HISTORY cartoon segments. Towards the end of his amazing but ultimately sad—if not tragic—life, he did some radio voiceovers for Stan Freberg and worked as a sad-faced clown. 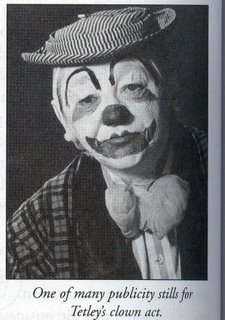 To find out more about this largely unsung entertainer, check out the above pictured book at BearManor Media(who will also at some point be publishing THIS book IT'S THAT TIME AGAIN 3 with my first short story!)
Posted by Booksteve at 10:13 AM