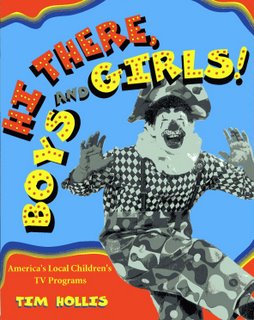 Someday, I think someone will write a definitive history of Bozo the Clown, one of my all-time favorite kids show hosts. Author Tim Hollis comes close with his HI THERE, BOYS AND GIRLS! but only if you read between the lines and leave out the hundreds of other kids show hosts covered in the book. Bozo may have been omnipresently franchised throughout the country but they’re all here from the famous (Soupy Sales) to the infamous (Ghoulardi) to the obscure (Cincinnati’s own "Mr. Hop," a guy in a giant bunny suit that I totally and completely blocked from my adult mind despite it having been a personal favorite at age two!!). In fact, it seems as though every major US city had a popular local kids show host from the fifties through at least the mid-sixties and Hollis really does chronicle them all. My first thought was that reading about my own local celebs would be a bit nostalgic but that reading about the kids shows in, say, Rapid City, Iowa would be boring and pointless as I had no frame of reference. Not so. The author’s introduction sets up the climate in which these shows flourished and looks at the bigger picture. Thus when you read each segment, it’s like looking at pieces of the bigger puzzle that you just hadn’t seen before.
My own childhood heroes are well represented although Hollis describes Skipper Ryle as "surly." 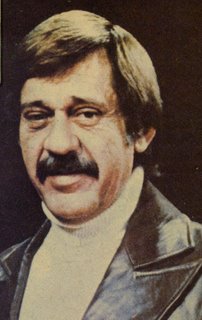 I guess I can see it but I never thought of him that way. His daily show was playful and imaginative with puppets and cartoons and contests even if the whole "Skipper" idea had already been pushed to the background by the time I got to it. His longer Sunday show was a bit more adult and featured guests, music and AMERICAN BANDSTAND style dance segments (usually set to Tommy Roe, Herman’s Hermits or Ron Dante’s Cuff Links music). The first prize I ever won was a pizza coupon from Skipper Ryle in 1965 and my art appeared on TV in his art gallery segment! Oddly enough, I missed it because I had to go to school so I wrote in 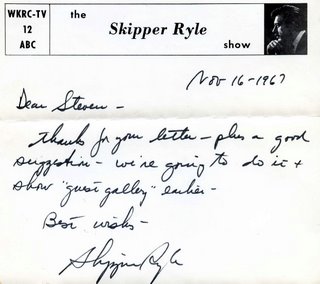 suggesting they run that segment earlier. He wrote back personally and said they would…and they did!
Grown adults will tell you that Cincy’s Uncle Al 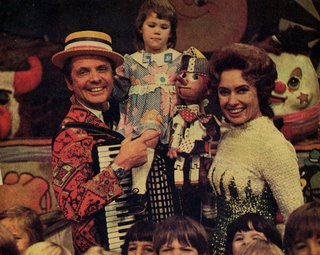 was "mean" and "no fun." Hey, imagine how you’d feel after carrying a huge accordian around for thirty years in a studio full of screaming kids all day! I never got to be on Uncle Al’s show but I watched it off and on for more than two decades and even as an adult found the man’s image at least to be absolutely charming.
I got to see Skipper Ryle, Uncle Al (with his wife, the lovely Captain Windy and their four daughters!) and the great Larry Smith and his puppets live at Coney Island in 1971 just before that venerable institution closed to make room for Kings Island. Uncle Al continued for years and Larry’s show faded but with occasional revivals as late as the late 1990’s. For awhile, Larry shopped at the bookstore I managed. 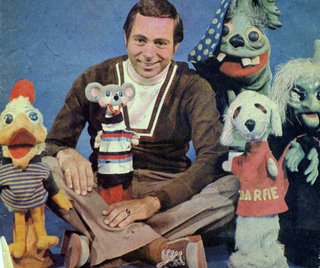 Skipper Ryle, using his real name, Glenn, but still referred to by most as "Skipper," became the host of the afternoon movie, the host of BOWLING FOR DOLLARS, the sidekick on THE NICK CLOONEY SHOW and, 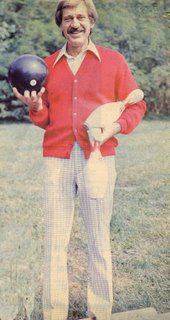 eventually, weatherman on Nick’s award-winning news team in the seventies.
Tim Hollis illustrated his book with scores of rare character poses but somehow missed any shots of Skipper Ryle so, other than his cover, I’ve chosen to illustrate my piece with some scenes from local TV mag covers featuring Glenn Ryle, Uncle Al and Larry Smith’s Puppets.
Coming up soon, I’ll tell you about my game show encounter with Columbus, Ohio’s legendary kids show host, Flippo the Clown! He may not have been Bozo but…While you wait, order Tim Hollis’s book!
Posted by Booksteve at 6:43 PM