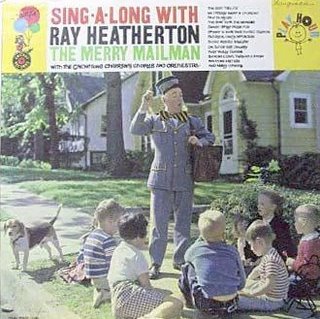 The other day I spoke briefly of JOEY AND DAD, the short-run seventies series that featured pouty Joey Heatherton and her dad, TV's former "Merry Mailman" of the 1950's. Well, I just noticed that the amazing Scott Shaw! has a MERRY MAILMAN comic up as this week's Oddball Comic over at (naturally) Oddball Comics. Talk about going postal! Ray was actually before my time but his hit children's record was still being recycled in the sixties when I was a child and was one of those "sticksinyourheadforever" songs.
Posted by Booksteve at 4:28 PM