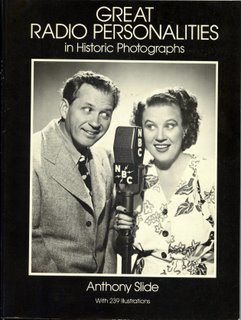 Along about 1980, Dr. Jim King at WVXU-FM in Cincinnati turned his weekly old-time radio half hour into a daily block of programming. Every weekday at 11:30AM and 7:30 PM (and later 11:30 PM also), the college public radio station would run episodes of old-time radio series. If I recall correctly, initially the line-up was:
Mondays-THE LIFE OF RILEY
Tuesdays-JACK BENNY
Wednesdays-DUFFY’S TAVERN
Thursdays-FIBBER McGEE AND MOLLY
Fridays-THE GREAT GILDERSLEEVE
By that point, I had been mildly interested in old-time radio for nearly a decade but there was simply no place to hear it! This then, proved a godsend for me. I rarely missed a day of listening to these great comedies that I had only heard about before! 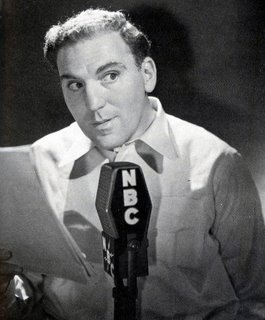 THE LIFE OF RILEY was the quintessential dumb husband comedy, a formula repeated still in TV sitcoms. Movie tough guy William Bendix was hilarious as a big lug of a guy who was constantly causing problems at work and at home that were usually sorted out only after he consulted with his friend Digger O’Dell, the friendly undertaker. They were pretty formulaic but had an underlying heart that won me over. The great cast included the later blacklisted John Brown in a dual role as Digger and Riley’s friend Gillis. Paula Winslowe who had doubled for Jean Harlow in her last film SARATOGA was the long-suffering wife and Alan (Fred Flintstone) Reed was the boss.
Jack Benny, of course, I knew from television. I had been a fan of his for as long as I remembered but he had died in 1974 and reruns of his TV series and specials had seemed to die with him. Suddenly, I was able to hear the original radio version that had made his reputation. The great Rochester 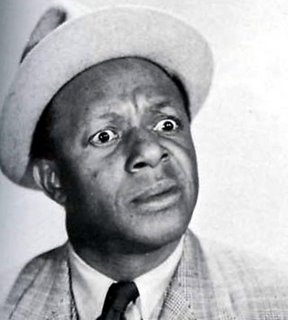 and all of the wonderful supporting cast members took on a new life to me and this became an absolute favorite of mine!
I had heard of DUFFY’S TAVERN 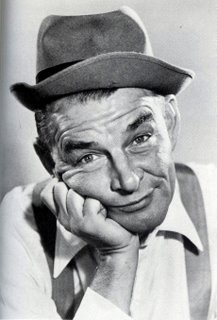 but here it was, all shiny and new with Archie the Manager, Eddie the Waiter, Finnegan and the Mad Russian. I’d get some use out of these guys later on.
FIBBER McGEE AND MOLLY were definitely tied to a formula but the jokes were so funny and the characters so memorable their series nonetheless ran in one form or another for two decades. Nearly every episode featured the happy couple at home with Fibber starting on some new project. They would constantly be interrupted as a parade of neighbors came to the door essentially to do schtick—blustery Mayor LaTrivia, Doc Gamble, Teeny the little girl next door, henpecked Wallace Wimple or the Ol’Timer with his catch phrase "That ain’t the way I heared it!" Inevitably, someone would cause McGee to have to open his hall closet causing everything inside to fall out with a cacophonous sound!
THE GREAT GILDERSLEEVE. 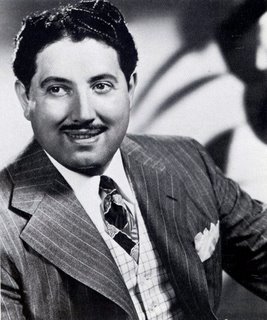 Him we’ve mentioned before here. This became my favorite radio series. Over the years, WVXU ran and reran several seasons of the Hal Peary years to the point where I practically had them memorized. When they finally stopped running old-time radio shows locally just this past year (in favor of Stan Freberg’s syndicated series WHEN RADIO WAS), Gildy was still running!
After hearing all of these for several years, you can imagine my delight when the book pictured above, GREAT RADIO PERSONALITIES IN HISTORIC PHOTOGRAPHS was released in 1982. Finally I got to see what some of these folks looked like! WVXU soon added another daily half hour and we got long runs of X MINUS ONE, NIGHT BEAT (which became more popular in its afterlife syndication than it had been originally!),THE SHADOW, THE SAINT and more, eventually culminating in a full Saturday evening block of varied OTR programming for the last several years. Unfortunately, even that has now ended but for those shows to have been rerun for so long tells me that I wasn’t the only one to discover them thanks to Dr. King and his little rsdio station that could.
Posted by Booksteve at 8:00 AM