Nick Carter and the Dog 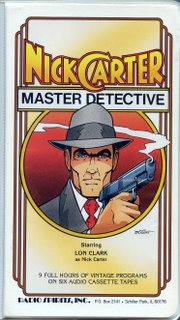 Lon Clark was a gentleman actor of the old school, impeccably dressed, polite, gracious and more than willing to spend an hour or so regaling you with tales of his radio days. I met him at the Cincinnati Old Time Radio and Nostalgia Convention in 1993. It was his only visit but certainly a memorable one for me. Parley Baer was the other guest that year, back for his second appearance. On radio, Lon Clark had handled many varied roles but the one that he made his own was that of the venerable NICK CARTER, MASTER DETECTIVE. At the convention that year, they were doing several re-creations but my wife and I arrived late and the only role left was that of a dog, a Cairn Terrier to be exact, like Toto. 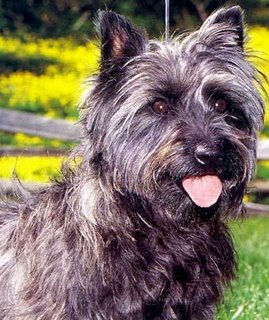 The casting director asked if I could bark like a dog and my wife tossed off, "Yes, but I am NOT telling you when!" Even though I thought at first I’d just been thrown a bone (pardon the pun) I researched the bark and prepared to give the best performance I could give. The plot dealt with a murder on a train in which the dog’s mistress is thrown over a cliff by evil thieves. Detective Carter is lowered down into the craggly valley next to the stopped train to rescue the trapped canine so he (she?) can point out the killer. Parley plays the train conductor who helps him. Most of my scenes were with Clark or the killer, played by Carl Amari (founder of Radio Spirits, the controversial company that put out the NICK CARTER collection seen here). As the applause died down, Parley put his hand on my shoulder and said, "Tuesday! Studio B! HOUND OF THE BASKERVILLES! Be there!" Lon took me aside and spoke of the people who specialized in animal sounds in the old days. Later, in the hallway, folks asked for my autograph and inquired as to whether or not I had "some sort of device" under my tongue to enable me to bark that way.

Ultimately, the dog role got mentioned in a convention review in the magazine, WAVELENGTHS, which referred to "Steve Thompson with his spirited portrayal of a dog." For years afterwards, conventiongoers would point me out as "the guy who played the dog that year," and bark at me in the hallways! You’d never guess I’m a cat person in real life. Sigh. Meeeeeeeeeooooow!!
Posted by Booksteve at 10:21 PM