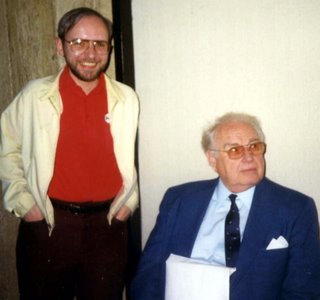 For some reason, my wife and I seem to have stopped taking a camera after the first couple of years but here are a few snapshots of the stars who attended those early Old Time Radio Conventions in Cincinnati. First is myself with Parley Baer. Parley was one of the all-time great character actors, appearing on radio in scores of roles from the forties through the seventies. His best known role on the air was that of Chester Proudfoot, Marshal Dillon's sidekick on radio's GUNSMOKE. On television he was a semi-regular on early ANDY GRIFFITH shows as the Mayor of Mayberry. He later would appear on just about every major sitcom in the sixties including several turns on BEWITCHED and THE ADDAMS FAMILY. In films, he was a familiar presence in heavy dramas such as THE YOUNG LIONS with Marlon Brando up through DAVE with Kevin Kline. I was priviliged to appear opposite Parley in re-creations of ESCAPE, NICK CARTER-MASTER DETECTIVE and SUSPENSE. 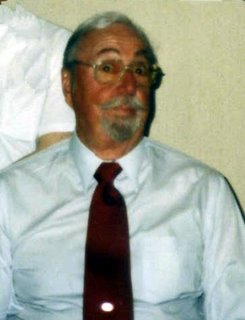 Willard Waterman was a working character actor who took over the role of THE GREAT GILDERSLEEVE in mid-1950 after its originator Hal Peary left. Waterman was blessed and cursed with a voice that sounded almost exactly like Peary’s when he wanted it to and the show continued its reign of popularity. He also appeared in films including AUNTIE MAME, THE APARTMENT and HOLLYWOOD OR BUST with Martin and Lewis. After a regular role on TV’s DENNIS THE MENACE and several years of guest-starring on sitcoms, he moved to Broadway appearing in, among other plays, the musical revival of MAME. A guest at two early conventions in Cincy, I murdered him in a WHISTLER episode and later played gravely voiced Judge Hooker opposite him in a GREAT GILDERSLEEVE re-creation. 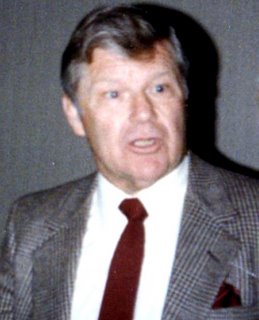 Bob Hastings was radio’s best remembered ARCHIE ANDREWS and appeared in many other series including numerous episodes of the mid-fifties science fiction classic, X MINUS ONE. On TV, he became well known as Lt. Elroy Carpenter opposite Joe Flynn on McHALE’S NAVY and later was seen as Kelsey, the bartender who owned the bar on ALL IN THE FAMILY that eventually became ARCHIE BUNKER’S PLACE. Appearing in scores of other TV series including, KOLCHAK-THE NIGHT STALKER and WONDER WOMAN, he still found time to do a number of films, often for Disney Studios in the seventies including THE BOATNIKS and NO DEPOSIT, NO RETURN. More recently he was the voice of Comissioner Gordon in Paul Dini’s version of BATMAN and voiced a character in the popular video game, JAK AND DAXTER. Bob has been the most regular guest in Cincinnati and I have enjoyed appearing opposite him in about a dozen re-creations including a Ray Bradbury X MINUS ONE and twice as Jughead in ARCHIE ANDREWS. 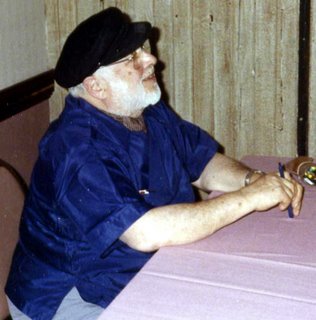 Ezra Stone, radio’s Henry Aldrich, had just lost his wife (actress Sara Seeger) when he appeared at the Convention. Stone had quite the listing in WHO’S WHO with years of philanthropic work. Originally an assistant to legendary Broadway producer George Abbott, Ezra was cast as Henry in Clifford Goldsmith’s original stage appearance of the Aldrich Family. He followed the role to some radio sketches which eventually evolved into the long-running ALDRICH FAMILY series, along with THE GREAT GILDERSLEEVE, one of the first true sitcoms. During the war, Ezra was in the army where he and Irving Berlin had a famous friendship and an infamous falling out during the creation of the musical play and later film THIS IS THE ARMY. After radio, Ezra became a popular TV director, helming episodes of dozens of series including long runs on LOST IN SPACE, THE MUNSTERS and Diana Rigg’s ill-fated sitcom, DIANA. Actor Mark Goddard from LOST IN SPACE once told me that Ezra was a favorite director of everyone on the set. I appeared with Ezra as sidekick Homer in THE ALDRICH FAMILY and in several roles in a re-creation of the LUX RADIO THEATRE script of George S. Kaufman’s YOU CAN"T TAKE IT WITH YOU which soon after was added to Ezra’s WHO’S WHO listing! He told me I was one of the best "Homers" he had worked with (Yeah, I know. What was he gonna say? I sucked?) and I learned more about radio acting from him than from any of the fine radio actors with whom it has been my great pleasure to appear.
Posted by Booksteve at 5:32 PM