It's Finally That Time Again! 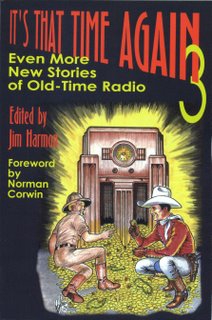 Finally! IT’S THAT TIME AGAIN 3, the volume featuring my first ever publication in book form, is out and I have a copy right here in my hands. This third volume of new stories of old-time radio characters and stars features combinations of shows, sort of like TV crossovers only on radio only on paper.
Published by Ben Ohmart’s BearManor Media (although cheaper at Amazon.com: It's That Time Again 3), my first book is edited by nostalgia expert Jim Harmon 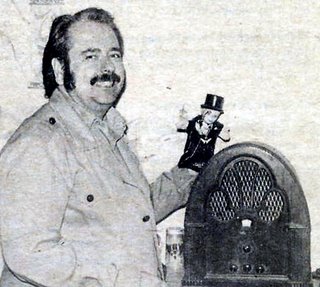 whose books I’ve been reading for 35 years. I actually did a book report on one of them in the 9th grade! In the late seventies/early eighties, I even bought a whole bunch of mail-order OTR tapes copied from his personal collection. 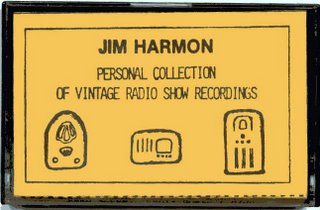 As this is a blatant plug, I hesitate to actually review any of the stories. I will, however, say that in IT’S THAT TIME AGAIN 3, I’m surrounded by an eclectic mix of new and veteran writers including mystery/sci-fi author Dick Lupoff (ALL IN COLOR FOR A DIME), Harmon himself, Mike Leannah (editor of an upcoming Jack Benny-oriented anthology to which I may also be contributing), amazingly young and amazingly respected writer/collector/researcher/dealer/convention organizer and DR WHO fan Martin Grams, Jr and even my own cousin, Rick Phillips(On My Mind), for whom this is also a debut. Some of the other names are familiar but since there’s no "About the Authors" section I can’t place them.
As mentioned previously, my particular story is a hopefully amusing trifle in which super-serious insurance investigator Johnny Dollar (known as "the man with the action-packed expense account") ends up with the gang down at Duffy’s Tavern trying to hoodwink him. My wife thinks it’s hilarious so obviously, it is.
Other combinations in the book include Jack Benny having a run-in with Dick Powell’s singing detective, Richard Diamond, Fibber McGee and Molly meeting the Bickersons, Jack Armstrong teaming with cowboy hero Tom Mix, GUNSMOKE’s Marshal Dillon having a run-in with HAVE GUN WILL TRAVEL’s Paladin and even a certain unnamed Man of "Action" helping fight the aliens in Orson Welles’ WAR OF THE WORLDS in my cousin’s tale.
My parents bought me a typewriter before I could even read 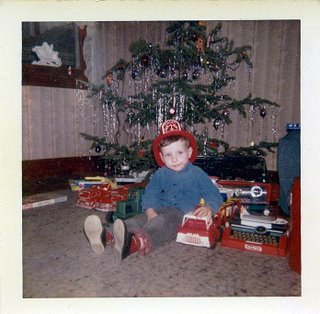 and all of my life I’ve wanted to be a writer. I’ve published articles and interviews in magazines, I’ve written for local comedy troupes, I’ve edited works for others, I’ve done in-house writing for work, I’ve posted scores of pieces on-line before the blog and three hundred plus on this blog itself. Now this. A story of mine is actually in a book…in bookstores…at conventions…in libraries. On Friday, at the Cincinnati Old-Time Radio Convention, someone asked me to sign their copy. My first autograph! Sometimes I regret that I never really achieved my dream. But then I think…didn’t I?
Posted by Booksteve at 3:06 PM