Stanley and His Monster 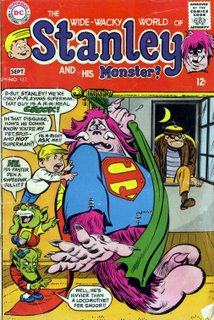 STANLEY AND HIS MONSTER has always been a guilty pleasure of mine. DC’s funny sixties series began as a backup in 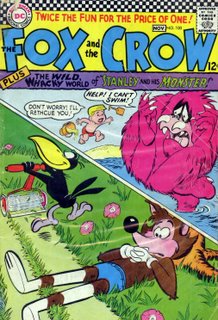 the long-running FOX AND CROW comic but soon took over the title and the book itself. Lisping little Stanley (the lisp was later eliminated) was lonely and wanted a pet. One day he brought home this monster he happened to meet and named him Spot or as Stanley called him, Thpot. Later, and briefly, his name became Massachusetts or…well, you get the joke. Eventually the series became a bit crowded with Stanley hiding not only his "dog" in his room but also a small Irish leprechaun, a German troll and the ghost of Napoleon Bonaparte. His parents were, of course, oblivious. In later issues his babysitter Marcia somehow managed to ever see the truth also.
Created and written by Arnold Drake, some of these were quite amusing and the dialect humor well done. The art was mostly by the wonderful Bob Oksner 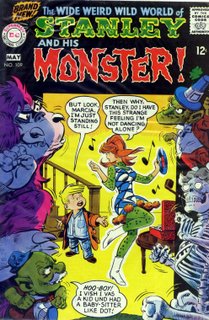 (meaning that Marcia was a babe!), along with Win Mortimer, Joe Orlando and the occasionally credited inker Tex Blaisdell. Apparently, however, the powers that be underestimated the continuing appeal of the FOX AND CROW series, however, because the book didn’t last long without them in spite of a 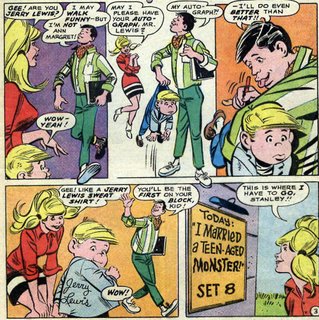 cameo appearance by Jerry Lewis and the origin of Superhulk! 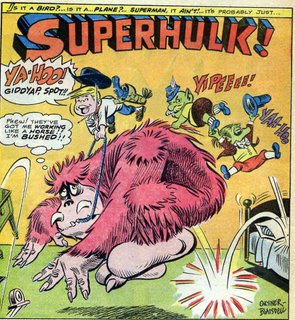 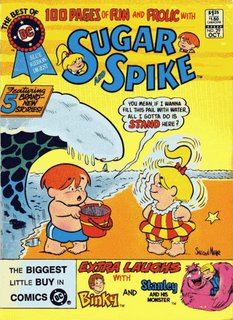 appeared in a SUGAR AND SPIKE BEST OF DC digest comic. More than a decade later, the series would be revived in a mini-series in which Phil Foglio and Chuck Fiala reimagined the whole concept as a kind of spoof SANDMAN tie-in with Spot a real, if kinda wimpy, demon from Hell. 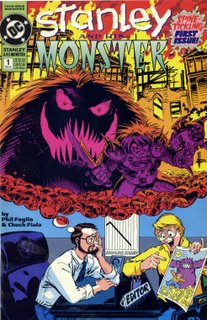 Another decade passed and no less than Kevin Smith would revive the boy and his "dog" in his acclaimed QUIVER storyline in GREEN ARROW. 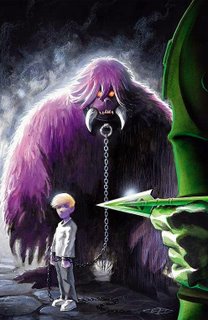 This time, we were really in the grim and gritty, however and it was as if the innocence of those early issues back in 1965-1968 never even existed. Luckily, they did and through the magic of the back issue market they still do. These books are actually kind of hard to find but I highly recommend them.
Posted by Booksteve at 10:20 PM