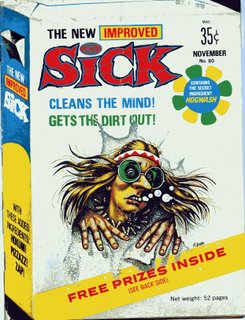 Like I said in my last post, I'm off sick today so I guess that's what inspired this post.
Tying together two recent posts, here we have SICK magazine which ran for a surprising number of years as number three in the successful MAD Magazine rip-off sweepstakes. This issue is from 1970 and features the work of Jack Sparling, 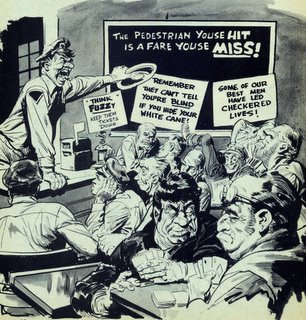 an artist we noted the other day for his sketchy work on the final issue of METAMORPHO. It seems much more appropriate here with ugly characters and caricatures. We also noted the other day that MAD rip-off number two, CRACKED, never seemed to be as funny as MAD. Well, guess what? SICK made CRACKED seem like it was written by George S. Kaufman! The only real attraction here is that SICK was edited for much of its run by Jack Kirby’s legendary partner (and the true creator of CAPTAIN AMERICA!), Joe Simon 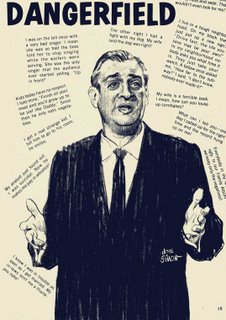 and thus on occasion featured new Simon art such as this portrait of then up-and-coming comedian Rodney Dangerfield.
Posted by Booksteve at 6:38 PM