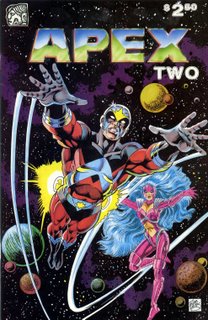 I came across Robb Phipps' name in two different places recently so I thought I'd share some of his work. My friend John Austin (whom I haven't heard from in about 15 years now! Geez! Time flies!) introduced me to Robb and his work at a late eighties San Diego Con and we all got to, as the young folk say nowadays, "hang" together for an afternoon. Turns out I had actually seen Phipps' work earlier in the late Bill-Dale Marcinko's controversial and eclectic (to put it mildly) fanzine, AFTA 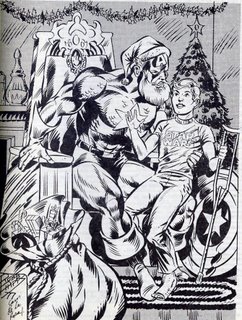 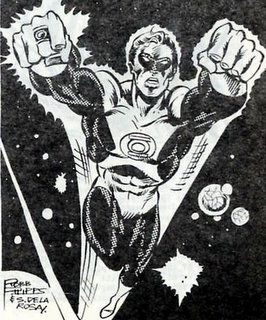 A few years later, John sent me a copy of APEX TWO, a comic in which he, himself, had a story and lo and behold, it was topped by the gorgeous Robb Phipps cover seen here.His storytelling inside was equally impressive and miles above the fannish, almost underground work of all of the other creators involved. I was convinced that this guy would soon become a fan favorite! 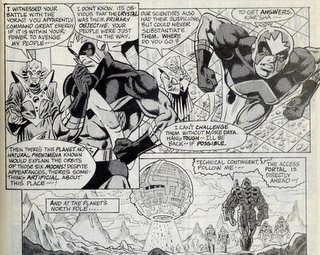 Skip ahead fifteen years and a quick check of the net reveals that Robb Phipps has continued to draw and ocassionally write comics but nothing major and for reasons I simply can't fathom, he never seems to have really caught on. Here's a quite recent sketch by him of Batgirl that reveals him to be perfectly aware of what sells in today's market. I'm just still surprised it's not RobbPhipps that sells in today's market. 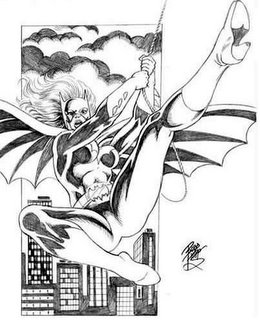 Posted by Booksteve at 2:32 PM