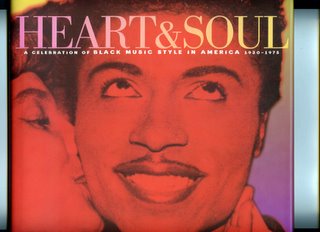 My wife the genealogist reminds me that I should post something for African-American History Month as she recently unearthed the fact that my great grandfather on my mother's side was listed in the census as "colored." Unfortunately, the computer's been acting up this morning and I'm now short on time so here's just a taste of some nifty stuff from the 1997 book (recently remaindered at B&N) HEART & SOUL-A Celebration of Black Music Style in America, 1930-1975. Growing up in a whitebread world as I did, my greatest exposure to black culture of any kind was, of course, through television. An early favorite was the aging but amazingly elegant Duke Ellington 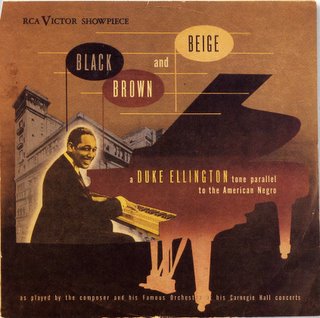 who appeared regularly on shows such as HOLLYWOOD PALACE. Another long-time favorite has been the Temptations featuring 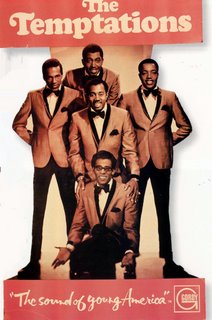 the late Eddie Kendricks with one of my favorite singing voices in all of music. Late now, though. More later.
Posted by Booksteve at 6:46 AM