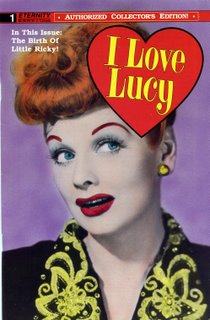 Back in the eighties, I dated a very nice young lady named Patty who was listed in the acknowledgements of Bart Andrews' book on I LOVE LUCY. It wasn't the only reason I asked her out but I definitely found it cool because I have always loved Lucy myself. Eternity Comics, one of the better of the smaller companies in the early nineties, published a number of issues of I LOVE LUCY that reprinted, for the first time ever, the rare and almost unknown newspaper comic strip. Inside each of the garish, colorized covers, cartoon and comics historian Jim Korkis (who once sold me a miniature copy of Wally Wood's rare "Dirty Disney" poster. Hi, Jim!) writes a brief piece about the show and the strip. Credited to "Bob Lawrence" the actual creators were writer Lawrence Nadel and artist Bob Oksner. 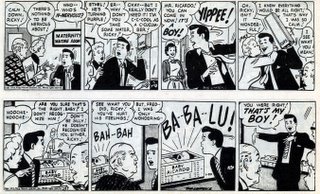 Oksner is best known as the king of DC's silver age humor comics having picturized everything from SGT. BILKO and DOBIE GILLIS to JERRY LEWIS and ANGEL AND THE APE. 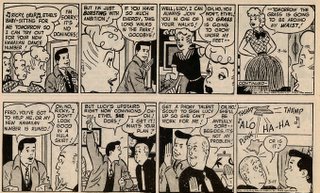 The strips here are funny and parallel the characterizations from TV except that Ricky's Latin background is downplayed for some reason and Little Ricky is called Ricky, Jr. The art is simple and yet remarkable in its faithfulness. If you're a Lucy fan, an Oksner fan or a strip collector, these books offer a nice long run of a strip unlikely to ever get the full CALVIN AND HOBBES treatment. By the way, Lucie Arnaz owes me a kiss that she promised me once in the late seventies but that's aniother story. 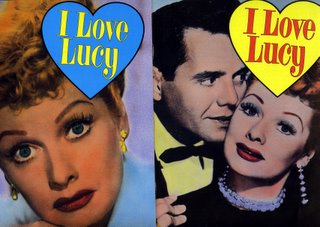 Posted by Booksteve at 3:48 PM