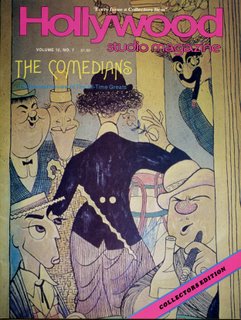 HOLLYWOOD STUDIO MAGAZINE ran for more than two decades beginning in 1957. It was as much a collectors fanzine as a magazine but appeared on 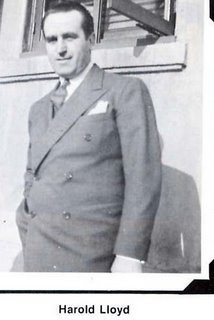 better-stocked newsstands across the country for much of that time. HSM had generally great covers like the comedians one seen here (from 1978) but the articles lacked any real substance (much like my blog come to think of it. Hmmm…). Quite often an article about say, Lana Turner simply stated some basic facts about the actress and then rattled off some movies she’d been in. Unlike most other movie mags of the time period, however, HSM dealt almost exclusively with the classic film era and its stars. 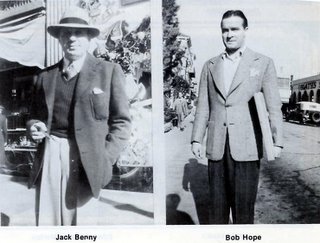 For me at least, the highlight of each issue was the selection of candid, man-on-the-street photographs taken by Lee Graham ever since he was a kid. 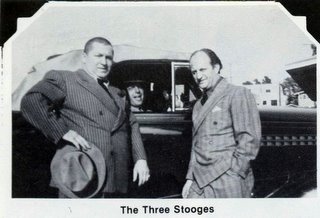 In themed issues such as the one seen here, the photos would also follow the theme. Thus here are presented several pages of previously unseen photos of comedians—the classic and the not so classic. 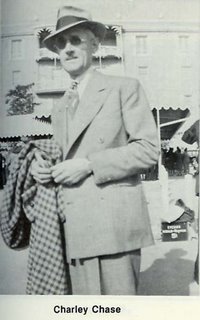 Besides those legends seen here in their off hours, 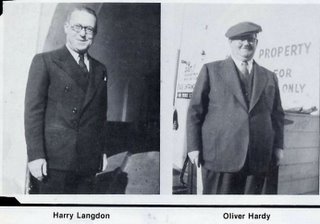 there are also pictures of, among others, Wheeler and Woolsey, Joe Penner, Roland Young, Andy Devine and Billy De Wolfe.
This issue is highlighted by articles on the Marx Brothers, 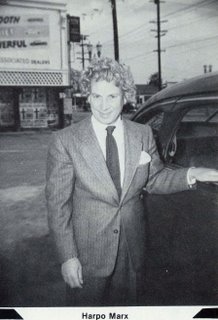 Chaplin, Abbott and Costello, the Three Stooges and Harold Lloyd along with a nice piece entitled THE FORGOTTEN LAUGHTER about lesser-known funny folks from film. 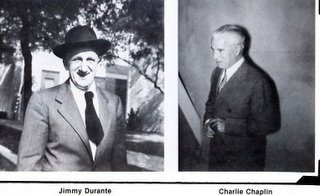 I have no idea how long the mag ran or even if it may still be running but if you were a film buff in the seventies, HOLLYWOOD STUDIO MAGAZINE was a fun, informative addition to your collection with pictures you would never see anywhere else!
Posted by Booksteve at 1:39 PM