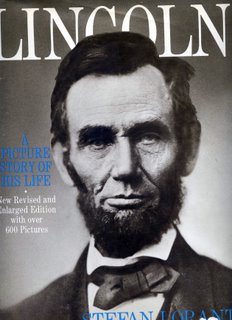 When I was growing up, we celebrated both Lincoln's Birthday and Washington's Birthday in February. Somewhere in the meantime, the powers that were decided to amalgamate the two into President's Day, thus giving kids one less day off school. Abraham Lincoln was always my personal favorite and certainly the most mythological of all our historic leaders. There is, of course, a huge cult of Lincoln buffs and probably more books have been printed on Honest Abe than any other non-religious world leader. One actually connects Lincoln genealogically to Elvis Presley and since my geneaologist wife already had a definite connection to Elvis, Abe is now known to have been a distant cousin! These two are my favorite books on him. The Lorant book features every single photo of Mr. Lincoln known to exist at the time of publication (and this happens to be the revised edition that even adds newly discovered ones) and the other 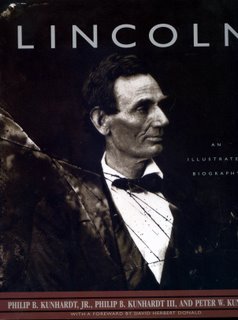 one, a tie-in to an early nineties TV documentary, is the most comprehensive, user-friendly visual biography I've encountered on the man. A toast to you, then, Mister President.
Posted by Booksteve at 9:04 AM