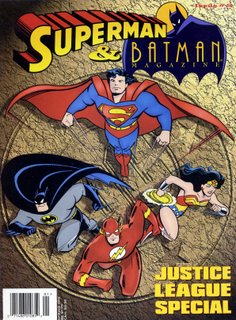 This is issue number 8 of SUPERMAN AND BATMAN MAGAZINE from 1994, a children's magazine (meaning bigger than a comic book) from 1994 inspired by the great Paul Dini/Bruce Timm cartoons. This issue features what I believe to be the first 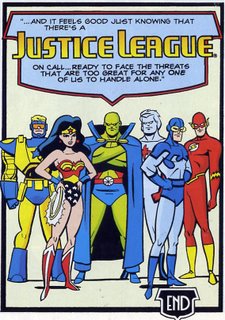 appearance of the Timm style Justice League, nearly a decade prior to their TV popularity. Here's a shot of them. Although most issues of this type of kids mag have puzzles, games and more, this one is nearly all comics. Good comics, too, written by Roger Stern (Sterno!) and drawn by one of my faves, Ty Templeton! There is also, though, this really cool piece on DC's involvement with the Olympics. 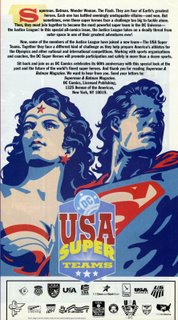 Posted by Booksteve at 7:49 AM