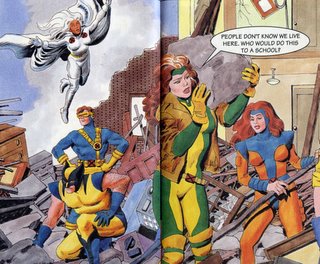 Okay, so along with watching the 1966 BATMAN (with its decidedly PG-13 commentary) I spent part of the afternoon helping my son clean his somewhat hopeless room (AKA the Children's section here at the Library) and I came across an item I'd bet most X-MEN and comic art fans missed. In the early 1990's, in a tie-in with the original X-MEN animated TV series, Marvel and Random House issued a series of picture books for kids. 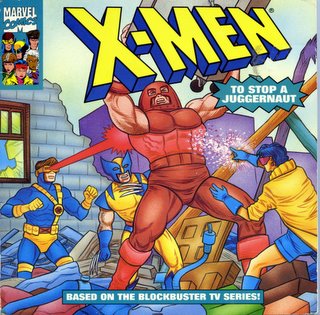 Most were simplified and badly drawn but amazingly, this one, in spite of Francis Mao's less than promising cover, is drawn and painted by the late, great science-fiction and comics illustrator, Gray Morrow!

Gray rarely did super-hero stories but when he did, he made an obvious effort to make them look realistic. Thus, his Batman had visible eyes instead of blank slits and a cape that didn't stretch for miles. This gave the whole piece an off-model look that carries over here, also. Check out Wolverine walking away from Cyke, looking for all the world like a guy in a costume contest at a con. 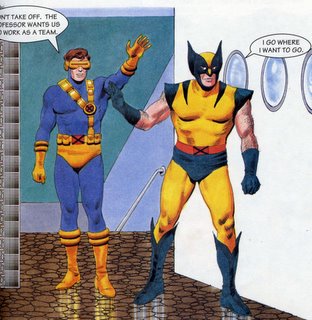 Still, there are some great images here, such as Jean mind-attacking Juggernaut. 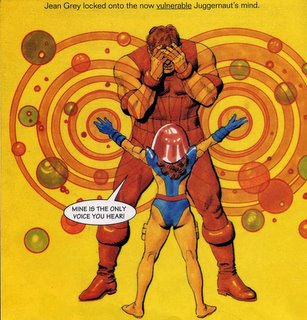 His women, as always, are gorgeous but again in a much more realistic fashion than their mega-breasted comic counterparts of the era. You can also tell who's who just by facial expressions as Morrow does an excellent job of individualizing his faces. Seeing this again just makes me wish Gray had tackled a regular series for a nice long run. Sigh.
Posted by Booksteve at 5:51 PM