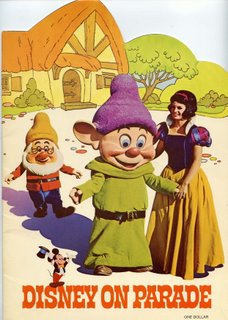 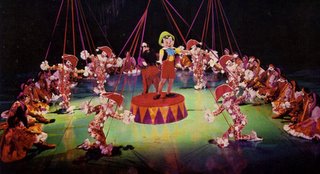 This edition was entirely different from the first and was highlighted by a live version of SNOW WHITE,

scenes from PINNOCHIO, a live interpretataion of the hippo ballet from FANTASIA and, my favorite section, Goofy meets Herbie the Love Bug! 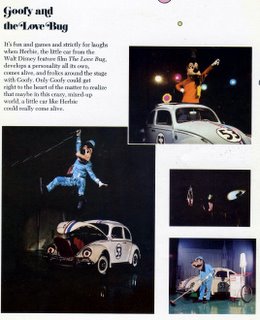 Watching the car dance and wrestle with a guy in a dog suit wearing a janitor's costume was hilarious silent movie-style slapstick!
Posted by Booksteve at 11:26 PM