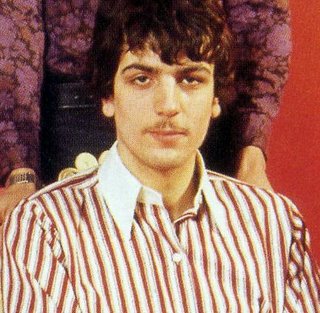 In 2003, the music magazine UNCUT offered a free CD with purchase (like they always do) that featured a compilation of sixties psychedelia. I like sixties psychedelia. This particular compilation introduced me to the music of the Pretty Things, T. Rex, the Small Faces and best of all, Syd Barrett. Syd Barrett died last Friday at the ago of 60 after about 35 years out of the limelight but his music’s been with me for much of the last three years.
OCTOPUS was the song on that CD. OCTOPUS is an amazingly constructed song. With a unique, sparse, self-assured guitar sound that trips over changing chords as it races through a forest to an amusement park, it’s ultimately the story of a dark ride and how one man rises above his fears of it. In real life, Syd couldn’t do that and instead locked himself away forever. It’s so easy to blame it on drugs but there were plenty of other rock stars who went even farther down that road and lived to tell. Clearly Syd had mental issues of some sort, too. 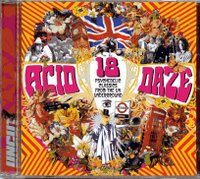 Missing for many years, it came out that he was living in his mother’s basement in Cambridge. He was seen around the neighborhood as a sad, bald old fat man, the furthest thing from Pink Floyd as one might imagine. He didn’t play music, he didn’t want to talk about it and it reportedly bothered him a lot when people trekked from all over the world to try and get him to do so.
The reason they came is that his music is both of its time and yet timeless. As I said, I only recently discovered Syd’s musical legacy. After the UNCUT CD I immediately bought PIPER AT THE GATES OF DAWN and ECHOES. I had been a Pink Floyd fan for years but only vaguely knew that Syd had been and gone. I had DARK SIDE OF THE MOON and THE FINAL CUT and THE DIVISION BELL but that music was different. On the compilation ECHOES, the stolid, serious "classical rock" ambience of Floyd brightens up every time a Barrett song makes its ghost-like appearance between tribute pieces like WISH YOU WERE HERE and SHINE ON YOU CRAZY DIAMOND.

Soon after, I purchased the solo compilation, WOULDN’T YOU MISS ME? Absent from the lush production of the Pink Floyd music, the songs take center stage. They are mostly quiet, introspective and much more interesting on several levels if one has a knowledge of the performer’s ultimate fate. David Gilmour, Syd’s old school friend and ultimate replacement in the group he started, produced many of the tracks and even included TERRAPIN in solo tours of his own, perhaps to funnel some money to Barrett. 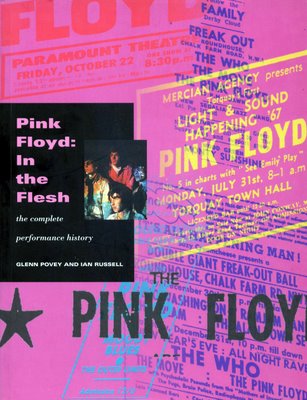 SEE EMILY PLAY, ARNOLD LAYNE, BIKE and perhaps most tellingly JUGBAND BLUES resonate. Anyone who heard them was influenced by them. There is a film for the latter song that simply haunts the viewer. Syd Barrett’s eyes seem increasingly vacant as he sings of not really being present-not in the moment, not in the times, not in his own life and not even in his own head. There’s no escaping the sadness of it all but there’s also no escaping the brilliance of his musical legacy. SEE EMILY PLAY is a nearly perfect bit of psychedelic fun from a long lost moment that probably never really existed. Today, that doesn’t matter. Today I’m just going to enjoy the sound of it—the sound of the late Syd Barrett. Yes, Syd, we’ll miss you.
Posted by Booksteve at 2:33 PM