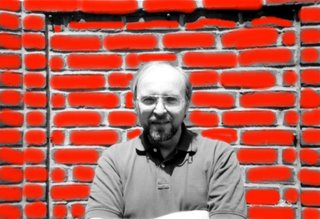 Well, it’s only a handshake agreement at this point but as of yesterday, I have a job…finally! Actually I still don’t start until a week from this coming Monday as I have to get a security clearance. I’m scheduled to put in for that on Monday afternoon. Looks like we’ve managed to beg, borrow and sell enough old comics and videos to save the car and pay a few other bills, too. We lost one charge card bill to a collection agency but if that’s all we lose, I’ll deal.

Thanks again to those of you who took the time to donate a little to Booksteve’s Library. For hopefully the last time, I’m asking those of you who haven’t done so to consider dropping a tip in the Paypal box on your way out as it’s still going to be weeks before I actually get paid! There was no point to saving the car if I can’t keep up on gas and insurance, y’know. 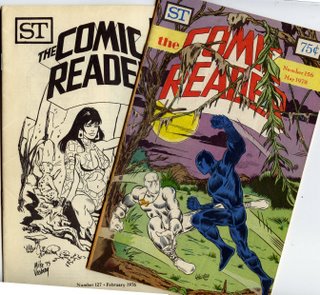 In return, I will continue to offer looks at such popular topics as rare comics fanzines (THE COMIC READER from the late seventies is seen here), 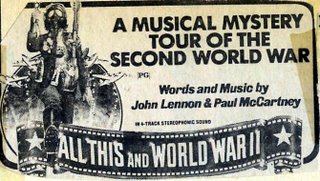 movies that slipped through the cracks (ALL THIS AND WORLD WAR II, a feature length compilation of war footage edited to a soundtrack of Beatles cover tunes!) 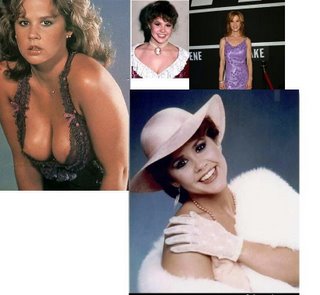 Here's a couple more KINGS ISLAND pictures even, bothe featuring various Banana Splits from the first year of operation (and my dad in the blue shirt looking befuddled). 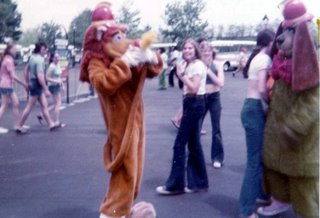 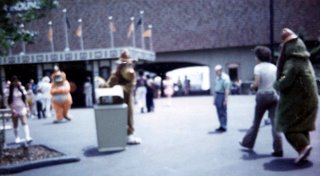 Posted by Booksteve at 9:48 AM