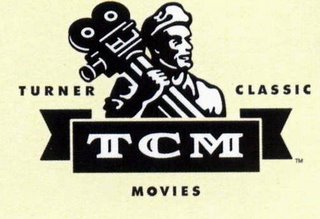 Just in time for Independence Day (or more accurately, just after!) Turner Classic Movies is offering a month-long tribute to classic independent filmmakers beginning with an all-new original documentary on July 5th. The kind folks in the TCM marketing department arranged for the Library to get an advance look at the documentary, EDGE OF OUTSIDE, and I can heartily recommend it! At about an hour, some of which is itself someone’s idea of artsy padding, the best and worst thing you can say about the film is that it leaves you wanting, no--NEEDING more!
When we think of independent filmmakers these days, we tend to think of the young film school grads who turn up annually at Sundance (and more recently the Oscars!) with edgy dramas and off-the-wall documentaries of their own. EDGE OF OUTSIDE, being a TCM production, investigates instead the roots of independence. In fact, much of the film is spent trying to define exactly what constitutes independent filmmaking. 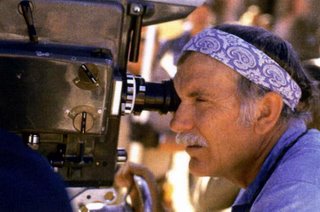 Of course, John Cassavettes was the epitome of the independent filmmaker, working outside the studio system and maintaining complete and total freedom, final cut and a pure artistic vision. What about Hitchcock, though, the film asks? Working completely within the studio system he managed the exact same thing, all the while establishing himself and his style as perhaps the most recognizable film brand since Disney. You could even make a good case for Jerry Lewis as an independent filmmaker working within the system.
With perhaps a bit of elitism, the ultra-low budget and exploitation filmmakers such as Ed Wood and Radley Metzger remain unmentioned at all in spite of the fact that their unique visions definitely fit the general criteria. Where, also, are the women filmmakers? In the old days, it may have seemed a boys’ club but certainly some could have been included in the interview clips.
Still, as I said, one can’t argue with what actually IS here—choice clips, sound bites and archival interviews with the great maverick directors along with new commentaries by contemporary lights such as Spike Lee, John Sayles, Ed Burns and Henry Jaglom. The stars here, though, are those flamboyant personalities of the past. 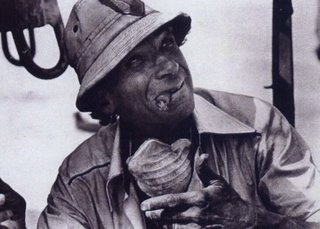 Orson Welles was the boy wonder who made the acknowledged greatest film of all time on his first time out but spent decades scrounging for money to finish later projects. Charismatic and intellectual, he was his own worst enemy. His failures, though, were more interesting than other director’s successes.
Sam Fuller with his shock of white hair and his grumbly philosophy, knew that filmmaking was a business but fought compromise as much as possible for the sake of his storytelling art.
Nicholas Ray looked like a pirate with his eyepatch and his films were made outside the "law" of the studio system.
Stanley Kubrick was called a genius early on and refused to allow the studios any sway over his work long after it ceased to be profitable.
John Cassavettes redefined independent film. Working as an actor in big budget films like ROSEMARY’S BABY and THE DIRTY DOZEN, 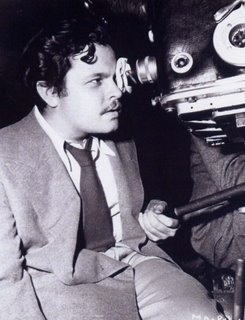 his own movies as a creator were small, uniquely personal slices of life.
Add to these folks all-too-brief looks at Sam Peckinpah, Martin Scorsese, Arthur Penn, Frank Capra and more. Certainly there are film directors who can make great studio films in spite of all the compromise involved in that--Spielberg, Curtiz, Ford, Huston and many more. Some actually thrive by having their rampant creativity reigned in, like a particularly wordy author needing a good editor. EDGE OF OUTSIDE, however, is not about them in any way. Instead, It is a timely celebration of independence and more importantly, individuality. It’s not always easy or even possible to be yourself but these creative souls insisted on it, often to their own seeming personal detriment.
As with any good show, the documentary leaves you wanting more. It whets your appetite. It makes you want to dive headfirst into Cassavettes’ jangly filmed realities, and immerse yourself wholly in Fuller’s masterfully composed shots or Kubrick’s dark fantasies over and over and over again. Luckily, TCM will be providing many of the seminal films by these singular directors (including Peckinpah, Fuller and Welles, seen here) all month long. Check out the schedule here: TURNER CLASSIC MOVIES and if you’re at all a movie buff, you’ll do well to check out Producer/Director Shannon Davis’ s EDGE OF OUTSIDE, premiering this Wednesday, July 5th at 8 PM on Turner Classic Movies.
Posted by Booksteve at 3:41 PM