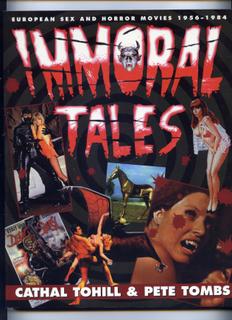 Okay, I know. Guy named "Tombs" writes books on horror movies. Yeah, right. Real name or not, these two well researched books by Pete Tombs (one along with the equally improbably named Cathal Tohill) are some of the most visually stunning works on the genre. I got them through Waldenbooks in 1995 and 1998, respectively but I'm pretty sure I've seen them more recently in bulk at Half-Price Books (Maybe a couple years back but still more recently). I don't particularly care for European sex and horror films, the subjects of IMMORAL TALES but I can't deny that they often feature disturbing, stunning imagery. This book offers page after page of these images including a color section of posters and stills (including THE NIGHT EVELYN CAME OUT OF THE GRAVE, a dreadful and fairly dull Italian horror circa 1972 which happens to be the very first R-rated movie I ever saw!) 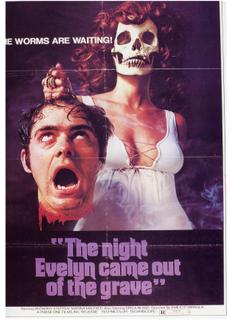 The follow-up, MONDO MACABRO, offers more of the same but this time broken down by country so we are introduced to Turkish super-hero rip-offs, Japanese tentacle horrors and lots and lots of French lesbian vampires 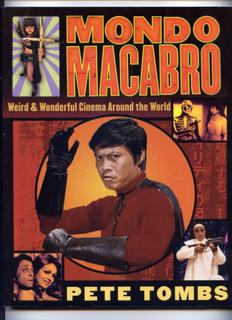 . With the rise of scholarly film magazines such as Tim Lucas' VIDEO WATCHDOG, there's become such a demand for obscure, non-US horror movies that you can actually find a lot of this stuff on the 'Net these days. Here's one source: Super Strange Video Still,at least in my case, it's much more fun to read about than it is to watch! The bizarre images in the books stay in my head long after the movies themselves would.
Posted by Booksteve at 3:29 PM