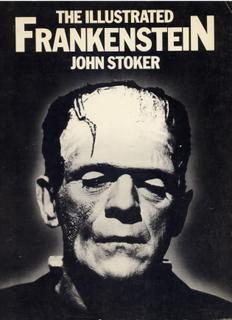 Boris Karloff was like the grandfather I never had. Both of my grandfathers died before I was born but I would constantly see this kindly old man with a mustache in TV guest spots as I was growing up and sort of adopted him as my grandfather figure. (Years later, Sara Karloff, Boris' daughter, wrote me a nice email after I told her that.) Boris Karloff died in early 1969, just about the time I discovered FAMOUS MONSTERS magazine and began finding out that he was much more than just a kindly old grandfather figure in movie history!
I had heard of FRANKENSTEIN but I had never seen it. Then, one Saturday night in 1970, they aired it on SCREAM-IN, the local hosted horror movie show. It was preceded by warnings that it might be too intense for children. It must have been too intense for my parents, also,a s they turned it off no more than halfway through. The following Monday, at school, FRANKENSTEIN was all anyone wanted to talk about...and I still hadn't really seen it!
Eventually, though, I did, along with all of its various sequels and as many Frankenstein spinoffs, tie-ins and rip-offs as I could find, too. 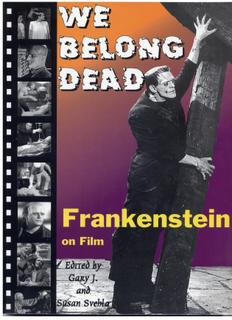 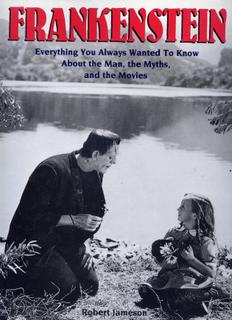 Karloff was amazing in the role, giving heart and soul to a part that, by definition, shouldn't have any. His successors were many and varied but not one even seemed to attempt to convey the real emotions Boris brought to the role. As stated earlier, for the pure, iconic look of the monster, I prefer Glenn Strange but as a performance, Strange just simply lumbered around. Boris Karloff had one of the most fascinating careers in Hollywood history, moving effortlessly from truly scary roles to comedy to straight dramas to westerns (well, at least one). Thanks to Forry Ackerman, et. al. for keeping his memory alive.
Check out The Groovy Age of Horror which has declared this FRANKENSTEIN Month! Lots of rare, nifty (but not always G-rated. You've been warned!) Frank stuff!
Posted by Booksteve at 11:46 AM