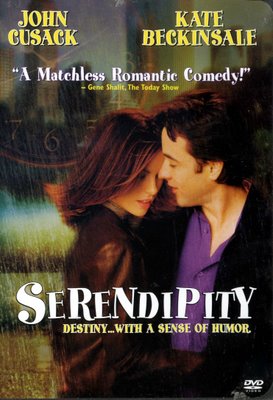 In my continual enjoyment of classic motion pictures and eclectic exploitation films, I find that I sometimes miss the more mainstream gems that still trickle their way out of the studios in this brave new world of ours. That’s when my young friend Kim, herself at times a walking sitcom, clues me in to the best of the best. Her tastes are generally not mine. They’re nowhere near mine. In fact they’re so far apart, they’re in a different state…literally! Still, with keen perception and a sometimes surprisingly astute understanding of your humble librarian, she almost unerringly (with the exception of her Julia Roberts fetish) points me toward winners. Over the last two nights, she forc…err…kindly shared with me yet another mainstream movie I had missed and I found myself just loving it! Thus, today, we begin an occasional feature on Kim’s Recommendations.


Let’s not start with last night’s entry, though. No, let’s go back to one of the first films I let her convince me to watch. Let me think back now. It was about two years back. As I recall, in spite of my protests, she tied me to a chair…


As I’m certain you all know, any movie with a good snow scene and a good ending is a great movie. That’s really all you need. By this fair but exacting standard, such fare as DEATH WISH with Charles Bronson and Frankie and Dobie’s SKI PARTY version of SOME LIKE IT HOT are, in fact, great movies. It’s true! Try it, yourself! The promise of a snow scene is what got me to watch SERENDIPITY, a seeming "chick-flick" that stars John Cusack (whom I liked in GROSS POINTE BLANK) and some woman I’d never heard of named Kate Beckinsale. It’s about two people who meet serendipitously on a snowy day and instantly connect, spending a magical and quite romantic evening together in Manhattan. Each plants their phone number in an unusual place for the other one to find if they’re truly meant to see each other again. They then spend the next five years thinking about each other every day as their respective lives move on. At a pivotal point for both, just before marriage to someone else, each decides that they have to find the other, even though they have no earthly idea where to look.

Kate is beautiful and quirky with an amazing smile and an absolutely delightful British accent. John is rather deadpan and brooding but then he often is and it often works for him as it does here. Eugene Levy (once Jesus onstage in GODSPELL and now making a fortune with those awful straight to 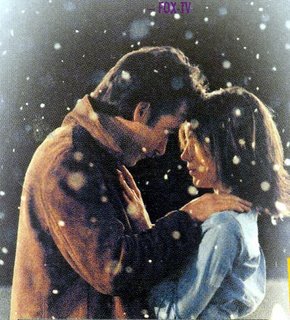 video AMERICAN PIE sequels) does a typically scene-stealing comic turn as a department store clerk. Cusack’s lifelong friend Jeremy Piven is charismatic and ingratiating in the male sidekick role while SNL’s Molly Shannon struts her considerable comic chops better here with Beckinsale than she ever did at NBC. For most of the film, Cusack/ Piven and Beckinsale/Shannon are the couples. After the great romantic tease of the opening scene, Cusack and Beckinsale don’t get back together until (SPOILER ALERT!) the end. While this may seem a cheat on the surface, the feelings of longing, frustration and unconsummated love permeate the later scenes, fostering a very different atmosphere that builds and builds. When the snow returns at the end, it is gentle but now seems so very, very cold after all the characters have been through. By that point, all hope seems lost. When they finally do (ANOTHER SPOILER ALERT!) see each other again, the warmth just pours into the screen and into the viewers’ hearts, too! The message of the film seems to be that fate cannot be denied. If you are meant to be together, you will be, no matter the odds! Since the main characters barely spend any time at all together, it might seem odd when I name this unique little comedy as one of the most romantic films in recent years but I do so anyway. It was such a feelgood, funny movie that after she made me si…err…hehe!…I mean, after Kim shared it with me, I had to go out and buy a copy for myself! I knew I

was meant to have it. It was fate. It was SERENDIPITY.
Posted by Booksteve at 8:53 AM