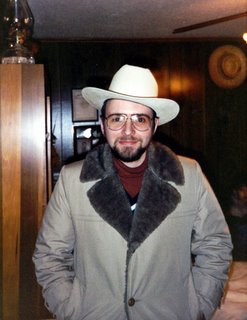 Today marks the one year anniversary of Booksteve’s Library! We made it! Along the way, I’ve met a lot of new and very supportive friends and I’ve learned to discipline myself better as a writer. I’ve learned a lot more about computers and the Internet, I’ve been called "an influencer" by my peers and I’ve discovered that a perhaps staggering number of people still lust after Linda Blair! Things have been a little lean here at the Library recently as I adjust to my sometimes bizarre new work schedule but I thank you for staying with me. Starting tomorrow is a multi-part piece on one of my absolute favorites, Duck artist Don Rosa! I’ve not mentioned Don much here before now because the last thing I wrote for my previous, aborted blog was a piece on him. Now’s the time to make up for it!

That’s tomorrow, though! For today, we’ll be back celebrating this afternoon with cool little short bits. To your left here is the virtual snack table. When you come back later, grab yourself a silly hat and leave any presents there, too. The virtual punch line will be down the virtual hall next to the comic boxes. Just look for my friend DEREK; you’ll always find him with the punch line. Oh and, in the immortal misheard words of John Fogarty, "there’s a bathroom on the right."
Special thanks to Mike, Fred, Tony I., Sleestak, BFink, Jim E., Emilio, Mike S., Klaus, Kim, Brittany, Dee, John F., Matt, Allen S., Ricky, Alan B., Kevin, Tegan, Jim T., Chris, Jamdin, Curt, Sonny, Tony C., Michael K., John O., Mark B., Mark E. and all of you other very important readers I’ve missed! There have been times this past year when this blog was the most successful thing I’ve had going. I absolutely couldn’t have made it without each and every one of you!
Posted by Booksteve at 12:03 AM