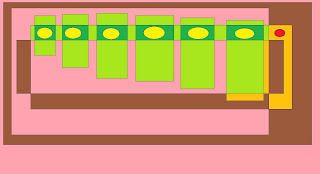 Uh-oh.That popular 25 Random Things About Yourself meme that infected Facebook awhile back has now hit the blogs!! I KNEW I shoulda gotten that shot! At least it's in a milder version. Only SIX needed. Gilligan over at RETROSPACE (http://my-retrospace.blogspot.com/) has tagged me (*$@#!!) and since I already have 25 from the Facebook version, I figured what the heck, y'know?
So, okay, here's the rules:
The Rules
1) Link to the person who tagged you.
2) Post the rules on your blog.
3) Write six random things about yourself.
4) Tag six people at the end of your post and link to them.
5) Let each person know they’ve been tagged and leave a comment on their blog.
6) Let the tagger know when your entry is up. 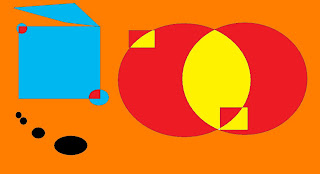 Six Random Things About Moi
1- My wife and I almost missed our wedding reception because of a STAR TREK marathon. After the wedding we were deposited at my mother-in-law's house until the reception was ready elsewhere. We sat through three episodes of a day-long marathon hosted by the actors before we decided we had better drive over.
2- In 1971, at age 12, I had to read the word "Hell" out loud in English class from the book CITY BOY: THE ADVENTURES OF HERBIE BOOKBINDER by Herman Wouk. It was the first "dirty" word I'd ever said aloud. Everyone in class snickered but I felt like I had accomplished something!
3-My mutant ability is that I have an acute sense of balance. This means that I get motion sick just by turning around too fast but it also means I can balance a broom on my fingertip for hours almost effortlessly, even moving it back and forth between fingers. I can find the center of gravity in just about anything making nearly anything easy to hold or balance.
4-My hair started going grey when I was twelve which led to endless taunting from classmates...but they didn't realize it also meant I never once got carded for anything!
5-I never once ate lunch in high school. Guess I just wasn't hungry.
6-In 1972, I was the head of our Junior High class Re-Elect President Nixon campaign!!

Whew! Not as easy as I thought it would be as much of the interesting stuff about me has already been written on this blog! So anyway, now I have to tag 6 other folks. I know, I know. You all hate this sort of thing. Well, loosen up, people. It's actually kind of fun to feel involved. So come on. If you absolutely can't bring yourself to do it though, no worries. Here we go:

1-Rick from ON MY MIND http://onmymind1.blogspot.com/
2-Joe Bloke fromGRANTBRIDGE STREET AND OTHER ADVENTURES http://grantbridgestreet.blogspot.com/
3-Reis of GEEK ORTHODOX at http://geek-orthodox.blogspot.com/
4-Rene from VIEW FROM THE SANDBOX at http://viewfromthesandbox.blogspot.com/
5-Pete Doree from THE BRONZE AGE OF BLOGS at http://bronzeageofblogs.blogspot.com/
6-Howard Cruse from LOOSE CRUSE-http://www.howardcruse.com/loosecruse/
For anyone else generously tagging me with this meme I thank you but I only do these things once so please don't feel slighted if I choose to ignore your tag. It's appreciated, but...
Posted by Booksteve at 10:31 PM