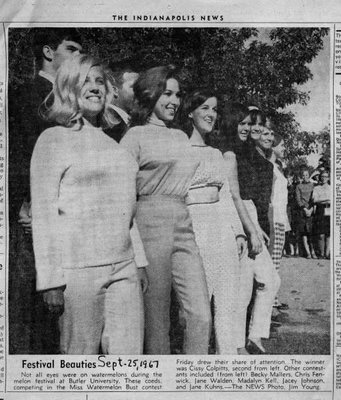 Despite the recent revelation of my own personal lack of mammary fixation, the Library received the following 1967 clipping in an email from a kind and generous correspondent the other day. As long-time readers 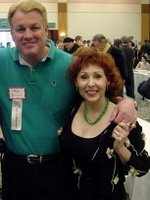 will recall, a favorite starlet of mine (and apparently many other folks) has long been actress Cisse Cameron, formerly known as Cissy Colpitts (seen in BILLY JACK, PORKYS II,etc). Here we have Ms. Colpitts as Miss Watermelon Bust 1967 along with a relatively recent convention photo found on the Net of Ms. Cameron with longtime husband, Reb Brown (TV's CAPTAIN AMERICA). Not too shabby considering it's been nearly four decades!
Posted by Booksteve at 2:10 PM