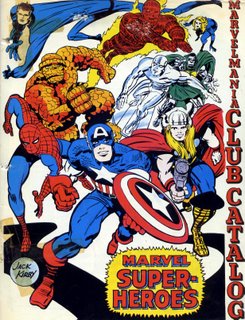 If I recall correctly, Marvel's late sixties fan club, Marvelmania, left a bad taste with our friend Mark Evanier who was involved behind the scenes. Speaking as a fan, though, I can honestly say that getting those ocassional packages in the mail was a highlight of my eleventh year. The first catalog, unmercifully hawking Marvel merchandise was slick and colorful and cool. 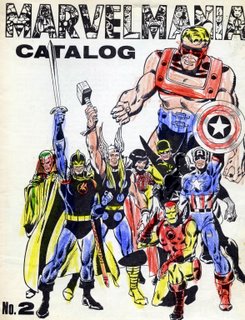 The second, on cost-efficient paper in black and white (at least until I colorized it at the kitchen table one night. Ahem!) offered more of the same but with a little more news about what was supposedly happening with the club. One of the things it mentions is the popularity of the tie-in MARVELMANIA magazine after the 16 page tryout version that had initially been issued. 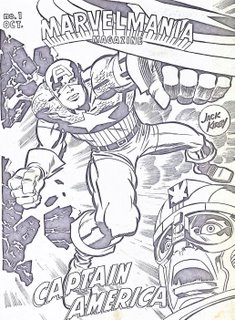 Labelled "#1" just like the first issue, apparently this tryout was sent free to some members...but not me. My friend Terry received it, however, and was perfectly willing to accompany me to the Public Library to make a complete copy of it...in exchange for my prized copy of MIGHTY CRUSADERS # 4! 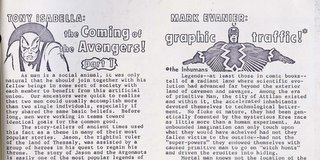 Thus, I probably have the only photocopy edition of the rare MARVELMANIA # 1"ashcan" which features, amongst lots of fannish goodies, a single page offering side-by-side columns by my now netbuddies Tony Isabella and Mark Evanier.
Posted by Booksteve at 1:10 PM