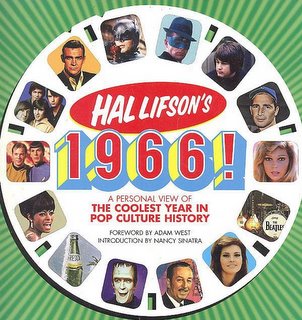 Years that end in "6" are usually good to me so I'm looking forward to 2006. Nothing, however, will ever replace 1966 in my affections! In 2002, author Hal Lifson felt the same way and published this marvelous reminder of the joys of that now long ago year. 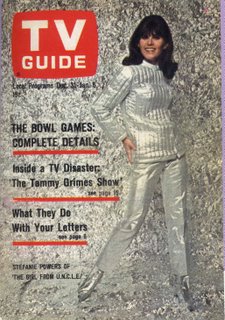 I was 7 years old and already feeling the beginnings of an early puberty. Barbara Feldon, Diana Rigg, Angela Cartwright and Stefanie Powers helped that along.

I began collecting comics that year with the first issue of BATMAN to come out after the TV series began. Comics writer Mark Waid told me that it was 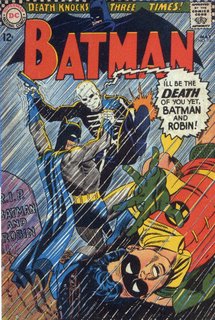 also his first issue and Lifson's book points out that it was his, too! In fact, due to the overwhelming and sudden popularity of the twice weekly TV series, I wouldn't be at all surprised to find out that "Death Knocks Three Times" was the biggest selling comic book of the sixties! My life was all things Batty for most of the year! 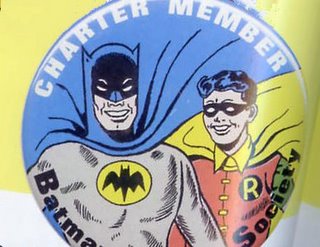 I discovered horror movies that year as DRACULA,PRINCE OF DARKNESS was inexplicably (bats?) double-featured with the Adam West BATMAN movie. Vincent Price soon became a favorite from TV reruns of HOUSE ON HAUNTED HILL.

So many wonderful pop things were riding high that great year. Let's just list a few!
TV
LOST IN SPACE-I later got to meet Bill Mumy, Mark Goddard and frequent director Ezra Stone as well as talk to June Lockhart on the phone.
U.N.C.L.E.- I enjoyed both MAN and GIRL but I only got the action figure of April Dancer. Later, Stefanie Powers became the very first celebrity who responded personally to a fan letter of mine!
THE MONKEES-Hey, the Mamas and Papas didn't play their own instruments either! Why can't people realize that even if Mickey, Davy, Mike and Peter didn't start out as a real group, they became one! This week in 1966, the number one song was the Monkees' "I'm a Believer."
THE TIME TUNNEL, SPACE GHOST, THE GREEN HORNET, BEWITCHED, I DREAM OF JEANNIE, GILLIGAN'S ISLAND and, of course, STAR TREK were also all riding high in 1966!

MUSIC
I didn't really get into records or even radio until a few years later so most f my music came from TV shows like ED SULLIVAN or HOLLYWOOD PALACE so I got the best of the old and new that year, being exposed to the Monkees, the Beatles, Bing Crosby, Herb Alpert, Nancy Sinatra, Louis Armstrong and the Supremes. It was only later that I would discover that most of my favorite albums came out in '66 including the Beatles' REVOLVER.

MOVIES
Elvis films dominated my theatrical experiences in those heady days but in 1966 I began to pay more attention to those old black and white movies on TV and soon became a major film buff, starting with horror movies and working my way through gangster pics, screwball comedies and foreign films. 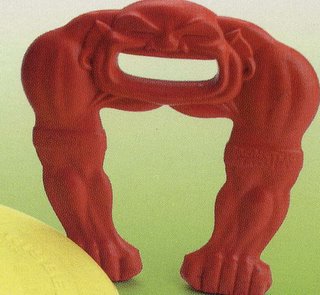 Sigh! Mustangs, Monster Magnets, Mattel Toys, THE SPIRIT, the spy craze, baseball cards and the Marvel Age of Comics! It's all too much nostalgia!. Get a copy of HAL LIFSON'S 1966! if you were there or even if you just want to get a vague idea of what the best pop culture year in history was all about. Here's a link to Hal's website: Hal Lifson Official Website
Posted by Booksteve at 7:33 AM