Clayface and the 1966 Batman 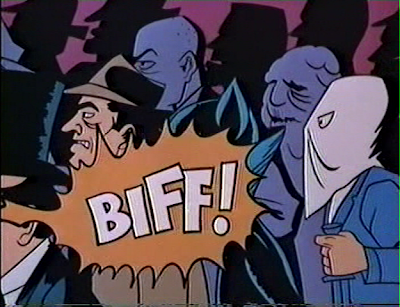 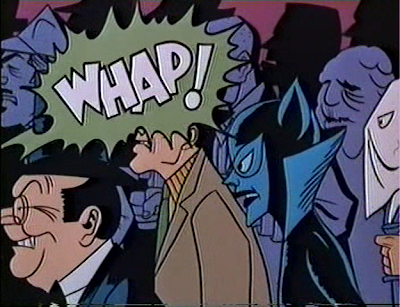 Clearly the classic opening to the campy 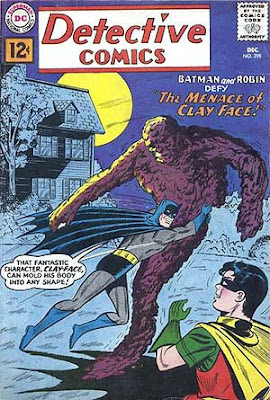 BATMAN TV series of my favorite year, 1966, was created prior to the series airing. This is obvious because it appears on the first episode and then on every subsequent episode without variation until the Batgirl bit is added in season three. The opening presents a montage of villains, most of whom are generic but some of whom were clearly taken from the comics as likely villains to appear on the series. Thus you see the obvious images of the Penguin, the Joker and a rather different looking Catwoman. With Julie Newmar not appearing until episode 19, it's safe to presume the role had not been cast or clearly defined when this animation would've been done sometime in 1965. But wait! Who's that moving by in the second row so fast you can barely see him? Why...it's Clayface! Clayface had been a major Batman villain in the comics for about 7 years at that point so it was logical to consider that he might be likely to appear in an upcoming script. With his protoplasmic-like changing powers though and the nature of TV special effects at the time, it was probably deemed to be too expensive to do the character in live-action. Thus, according to Wikipedia, Clayface first appeared outside the comics in the 1970's animated series that had Adam West and Burt Ward reprising the voices of the Caped Crusaders. Hah! Obviously, someone wasn't paying particularly close attention back in '66!
A tip o' the Thompson topper to son bookdave for catching this recently!
Posted by Booksteve at 2:31 PM