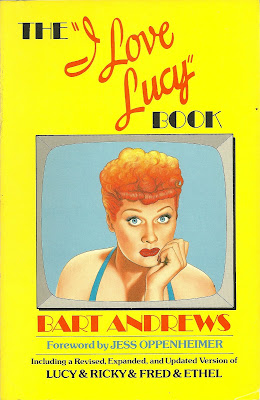 Herbie J Pilato (THE BEWITCHED BOOK) reports the passing last month of his fellow pop culture author Bart Andrews at age 64. Andrews' mid-seventies book LUCY & RICKY & FRED & ETHEL--later revised as THE I LOVE LUCY BOOK--was a pioneering TV history book and the template for many other specific TV series-related volumes that followed from other authors. The original version, in mass market, was also one of the earliest TV books (o 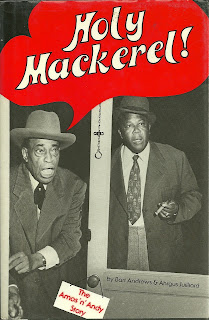 ther than the various STAR TREK volumes) in my collection. In the years since, Bart Andrews went on to produce a number of other well-researched books including the hard to find "HOLY MACKEREL!" written with Ahrgus Julliard, a study of the success and later controversy over AMOS 'N' ANDY on radio and television.
Bart Andrews' real name was, in fact, Andrew Ferrerri and he was NOT--as I used to think--the same Bart Andrews who appeared as Superman in Don Glut's SUPERMAN VS THE GORILLA GANG.
For more info, below is a link to the LA TIMES obit.