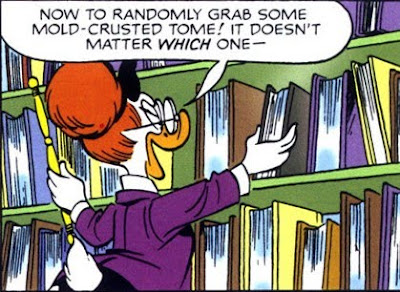 Time for another random book off the shelf!
The late Norman Mailer is generally considered to have been a brilliant author and, as with most brilliant men, even his lesser works are fascinating. His 1974 MARILYN is one odd bird indeed. It says right there on the cover "a biography." the question is, of who? I know I felt after reading this vaguely creepy book that I had learned perhaps more about Mailer himself than I had about his obsession. 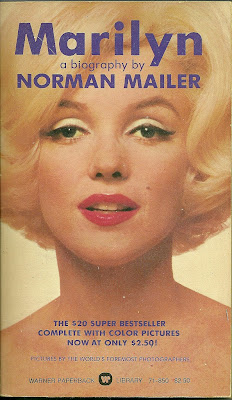 I bought my revised mass market copy of Mailer's 1972 bestselling hardcover in 1978 after finally, at age 19, discovering the joys of THE SEVEN YEAR ITCH and becoming increasingly enamored of all things Monroe. I bought nearly all of the dozen or so biographies and film histories of the cinema's most iconic sex symbol that came out in the wake of this one, from the cheesy and sleazy to the reverential. But Mailer's stood out because it was quite frankly weird!

Yes, it talks about Marilyn and her life but in such strange, poetic and sometimes metaphorical attempts that it's easy to get lost. A look at the acknowledgements page shows Mailer actually admitting taking much of the facts from someone else's book and running excerpts from several others.

No, to me, this was as much a book about Norman Mailer and how he himself was affected by and obsessed with Marilyn Monroe. The wonderful selection of photos includes many of the late actress's final color shots from 1962, some of which to me look better than she had ever looked before. Somehow, in this book more than others, the photos drive home Mailer's obsession.

For this paperback, the author has added a chapter in which he speculates, as do all of the other Marilyn books, inevitably, on the story behind her untimely death. I don't know if that chapter was included when the book was rereleased a decade later in the larger trade paperback form but either way, if you're a Monroe fan, you should read this. If you're a Mailer fan, you MUST read this. If you just want a truly odd reading experience, hit up your local library today for Norman Mailer's MARILYN.
Posted by Booksteve at 10:15 AM