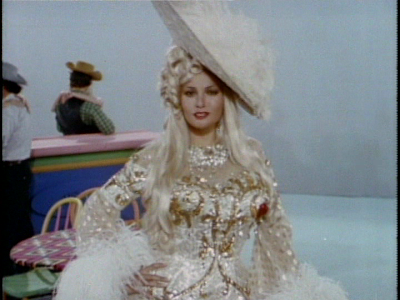 V special of that same year and was surprised to catch Raquel doing a more than passable impression of Ms. West!

That TV special--which also features Raquel and Bob Hope singing (and acting!) Paul McCartney's ROCKY RACCOON--deserves a blogpost unto itself but here's a comparison of the two Maes in 1970.
Posted by Booksteve at 2:51 PM