Who Was the Fifth Beatle? 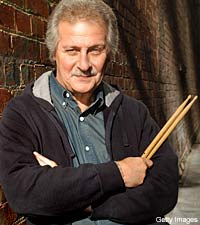 With the Fab Four back in the headlines lately more than fifty years beyond their formation, it's interesting to consider the oft-mentioned position of "Fifth Beatle." Did it really exist or was it simply a way for various folks to ride the coattails of the biggest show in town? Let's examine a number of so-called "Fifth Beatles."

First and foremost, let's eliminate Pete Best. Let me state flat out that Pete Best was NEVER the mythical Fifth Beatle. In point of fact, Pete Best was the actual FOURTH Beatle, pre-Ringo. One could argue then that Ringo was the Fifth Beatle but of course, he was actually the second FOURTH Beatle instaed. Pete meanwhile would have to wait more than three decades to actually get anything out of his early sixties gig, however, but when the ANTHOLOGY CD's came out in the nineties and featured 10 songs on which he played drums, he got paid and even feels he was somewhat vindicated as a musician. Fifth Beatle--NO.

Stuart Sutcliffe actually was in the band with John, Paul, George and Pete when they played Germany but he really wasn't a musician, he was an artist. Stu was in the band because his friends were in the band and they wanted him there. He was onstage, he played bass. STILL...he was not a musician. He stayed behind in Germany and died not long afterwards. As far as what one thinks of when one defines "Fifth Beatle," Stu Sutcliffe was NOT the Fifth Beatle.

Spector-produced "Do You Rememeber Rock and Roll Radio?"). An early Beatles supporter, he ingratiated himself into their circle to the point where he actually roomed with George on their Florida tour. He would claim that either George or Ringo bestowed the position of Fifth Beatle on him although film footage exists of him coining the term for himself. Sorry, Murray. Doesn't really count if it was all just your own idea for self-aggrandizement. Murray Kaufman-NO.

Countless other now-forgotten deejays throughout the United States--Give me a break. NO, not Fifth Beatles.

Tony Sheridan was matched with the Beatles as a backing band whilst making some recordings in Germany. This hardly qualifies him as the Fifth Beatle. Granted it was HIS record that guy was looking for the day he wandered into NEMS and got Mr. Epstein's attention but you'll note that when Brian met the boys, he didn't say, "Hey where's that Tony guy?" Tony Sheridan-NO.

Jimmy Nicol toured with the Beatles on drums for a week during Ringo's untimely illness in 1965. There are photos of John, Paul, George and Jimmy, some concert footage, some press conferences. All of that, of course, makes Jimmy Nicol the one and only genuine substitute FOURTH Beatle...not a Fifth Beatle. NO.


Billy Preston was the only musician besides the Lads to actually be credited on a Beatles record. That fact alone eliminates him from consideration. If he had been meant to be the Fifth Beatle, it would have simply said "the Beatles" and quite frankly, they would have called him up when they did ABBEY ROAD later that same year. They didn't. Billy Preston--NO.

Eric Clapton played on one song. One song! WHILE MY GUITAR GENTLY WEEPS. Granted he was (and is) Eric Clapton but playing on one song, no matter how memorably does not a Fifth Beatle make! NO.

Klaus Voorman was a bassist and artist friend from the heady Hamburg days. He is perhaps best known for his classic cover for the Beatles REVOLVER album. He later would work with John, George and Ringo during their solo careers...NOT with the Beatles. Klaus--NO. 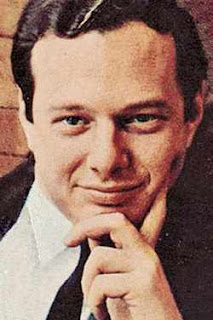 Brian Epstein--They're slowly working on a film about Beatles manager Brian Epstein to be called THE FIFTH BEATLE. Certainly, without Brian's instincts and marketing push, one could argue that the worldwide fame would not have followed, the group might have broken up in a few years and the sixties charts could well have been dominated by Englebert Humperdinck. That said, Brian was a friend, a mentor, a manager, a confidante, a father figure and arguably the group's number one fan but he would have been the first to admit he was NOT a Beatle. Thus, Brian Epstein, although completely integral to the group, was NO Fifth Beatle.

Phil Spector polished up LET IT BE and made it releasable. Either that or, as Paul McCartney felt, he desecrated it. Just because he went on to work with John and George does NOT, as we said above, qualify him. Phil Spector--a definite NO.

Yoko Ono was there in the studio constantly after her initial appearance with John and she actually can be heard on THE BEATLES (AKA THE WHITE ALBUM). She's in LET IT BE and John is on record as saying she was part of the group. The problem is that the other three are on record saying she wasn't and she never would be. NO for Yoko.

Big Mal Evans was the group's official "gofer" and he actually does appear in spots on the records (A DAY IN THE LIFE counting). He's in a large amount of publicity stills of the group, too. Like Brian, they probably would have been lost without Mal but he was not a musician so much as, with no disrespect intended, a stooge. Mal Evans--NO

Neil Aspinall had been the Beatles' road manager and personal assistant before Mal and like him had played and/or sang on a few Beatles cuts. In 1968, though, he took over the group's newly formed business venture, Apple Corps, Ltd, a post he would keep for nearly 40 years. By all accounts, Neil was the keeper of the secrets and the keeper of the flame. It was he, in fact, that we can thank for the meticulous, years in the making remasters that debut this very week! Was he also the elusive Fifth Beatle? As one of the few insiders not to write a tell-all book, and especially after his death last year, we may never know. If pressed, then, I would have to say, NO.

Allen Klein--Seriously, no. I mean...what were YOU thinking. Allen Klein, NO! 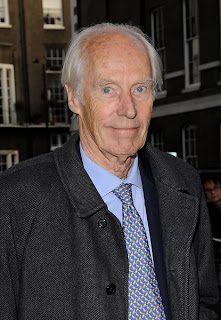 As the Beatles record producer, Sir George Martin took songs the Fabs hummed to him and made them into melodies. He took what now appears to be impossibly antiquated equipment and created magic with it. He played on a number of tracks, composed and conducted all of the incidental film music on the YELLOW SUBMARINE soundtrack, helped choose their material, was infinitely patient with outrageous requests during the peak drug years and somehow managed to make even the most forgettable throwaway bits of music into warm nostalgic memories for some of us and amazingly still relevant and fresh-sounding discoveries for those just now encountering the group's enduring legacy. George Martin has modestly said that he was NOT the Fifth Beatle. He may be right but if HE wasn't...then there was NO such thing as a Fifth Beatle.

Thanx to Ace Researcher Derek Tague for the reminder!
Posted by Booksteve at 12:00 AM