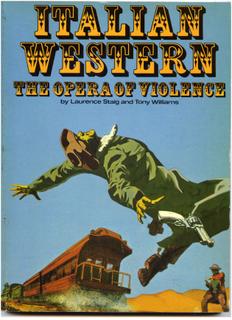 I caught a nifty short documentery on IFC (International Film Channel) the other night on Spaghetti Westerns. For those not "in the know," these were/are motion pictures made by Italians in Spain (often with German financing) depicting the American West in ways that Gary Cooper never would have approved. Sex, extreme violence, highly stylized direction and amazingly original musical scores are the highlights of the best "Spaghetti Westerns" such as THE GOOD, THE BAD AND THE UGLY and SABATA. Many of these films starred American actors such as Clint Eastwood who became a big star in Sergio Leone's films and Lee Van Cleef, always a trivia question in this country but a huge international star in the seventies. Other TV actors such as Chuck Conners tried and failed to make it in Italian westerns so ultimately they invented their own stars such as Tomas Milian and Mario Girotti. Dubbed and with a name change to Terrence Hill, the latter became quite popular in America in westerns such as THEY CALL ME TRINITY and MY NAME IS NOBODY. So popular that the big studios tried to capitalize by putting him in big American productions such as MARCH OR DIE with Gene Hackman only to realize that Hill really couldn't speak English! Anyway, the book at left is probably the first book to deal with this peculiar Europeon style of film, a 1974 British volume that spends a lot of time comparing the epic violence of the Spaghetti Western to Grand Opera. There have been a number of books on the genre since this one but if you're new to it, check out IFC this month for a few good examples and reruns of the documentery below. 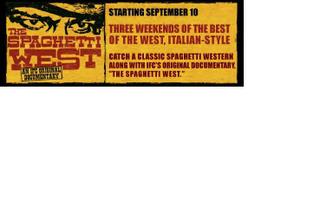 Posted by Booksteve at 1:49 AM