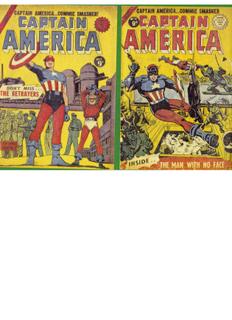 Many of us are no doubt familiar with the exploits of "Captain America-Commie Smasher," the right wing fifties version of our hero that Steve Englehart later retconned into a completely separate character in one of my favorite Cap stories of all time...and Cap is and always has been my favorite Marvel character.
Probably not many of you, however, have seen the bizarrely off-model 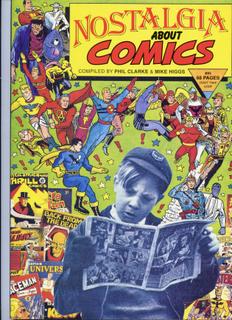 coloring in the Australian reprints to your right. Cap, although just wrong, doesn't really look all that bad. The main thing I come away with here is just how generic Bucky really is. I mean, miscolored here it's impossible to tell he's not just some other more obscure kid sidekick! Actually, we don't have these issues at the Library. We do, though have the book these images come from, NOSTALGIA ABOUT COMICS, a fun and fascinating 1991 British book with hundreds of equally bizarre (at least to Americans)illustrations from the Golden Age of UK comics. I'm sure we'll revisit this book later on.
Posted by Booksteve at 11:26 PM