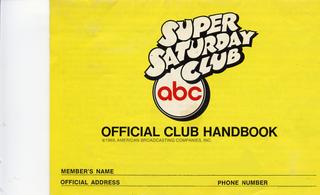 1969 may have been the year of Woodstock but if you were 10 like I was, it was actually the year of the SUPER SATURDAY CLUB on ABC TV! Heavily advertised in the comics and on TV , the network seemed to genuinely have big plans for the club beyond just getting a mailing list of kids who would get their parents to buy more merchandise. Kids were instructed in how to form local clubs at school with others who had ordered the official membership kit. The network offered lots of ideas for activitie 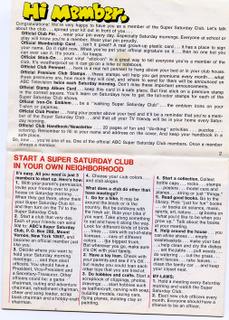 s also and many of them didn't even involve watching TV at all!I'm not sure what happened but they gave up the ghost pretty quickly. It may have been when one of the flagship series--I think it was SKYHAWKS-- was cancelled.
The full page comics ads came first. I'm pretty sure I'd already sent in my hard-earned (or more likely begged for) 50 cents by the time ABC aired THE GHOST AND MRS. 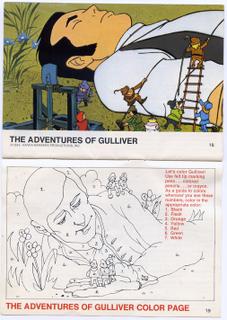 MUIR PRESENT ABC'S SUPER SATURDAY, a Friday night special in which the cast of that sitcom (itself a new transplant from NBC) introduced the cartoons and the club to viewers.
What you recieved was the usual membership card and poster as well as a nifty little booklet that served as both a PR piece and a club handbook. Somewhere in the Library, we still have the membership card but the poster is long lost to the mists of time, existing only 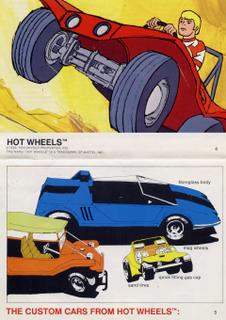 in this very faded photo of your Librarian with his friend, the Incredible Hulk, taken, 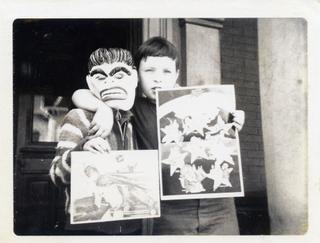 apparently, around Halloween of 1969.
The booklet, however, is still extant and offered here for your amusement and edification. Hey, I've even erased the crossword puzzle and the connect the dots so you can get the full experience yourself!
At some point, all of the Super Saturday Club members recieved a letter (probably in early 1970)informing them that the club was being eliminated. We were offered a full refund or one of several other prizes including the one I took, an LP album capsulizing ABC News coverage of the previous summer's moon landing. Entitled FOOTSTEPS ON THE MOON, the album still has a prominent place here in the history section of the Library.
Oh, one more thing. Did I mention that every single one of the new cartoon shows touted by the club was virtually unwatchable? Despite the obvious Alex Toth designwork on some of the characters, they were slow, dull, unfunny and barely animated. I was already longing instead for the hilarious, action-packed cartoons of just a few seasons before like SPACE GHOST and WACKY RACES. THE CATANOOGA CATS had so 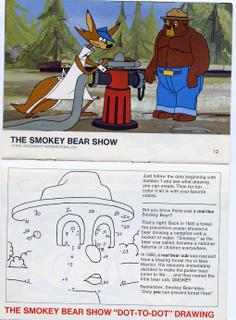 me okay pop songs but even that, when viewed more recently on Boomerang, was pretty bad. Sigh. Who said "Nostalgia isn't what it used to be."? 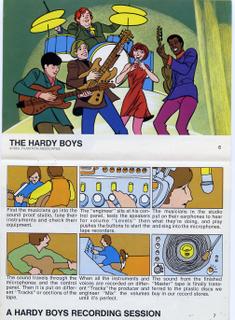 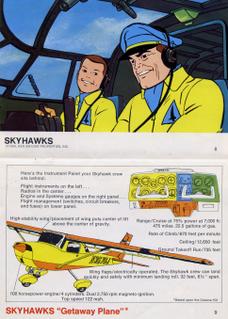 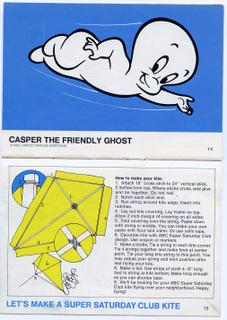 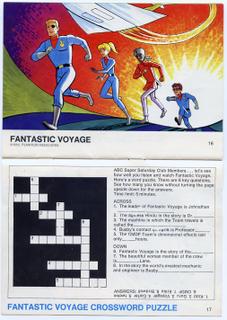 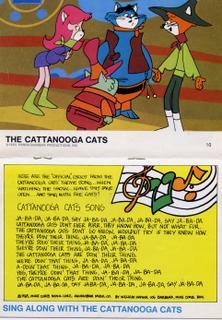 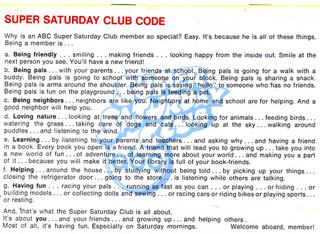 Posted by Booksteve at 8:15 AM