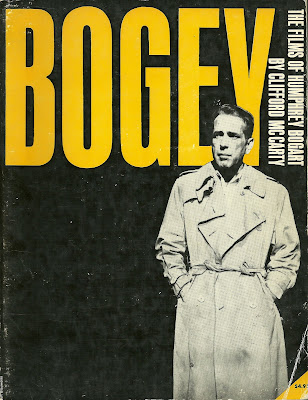 Often the young folk come up to me and ask, "Mister Booksteve, sir? What, pray tell, was the first book in your vast and virtual library? Huh? Tell me, tell me, tell me! What was it, huh? Come on, don't hold back, vat de HECK vas it, sailor?" Or words to that effect.
Well, that's hard to say. The first actual book I remember getting was a Bennett Cerf riddle book when I was roughly six but I'm sure there were books before that. A friend of my mother's gave me what turned out to be a rare edition of THE LITTLE ENGINE THAT COULD around that same time. I was eleven when I spotted Steranko's HISTORY OF THE COMICS in a store window while my dad and I were waiting for a bus and just had to have it! Jules Feiffer's re-issued THE GREAT COMIC BOOK HEROES and THE PENGUIN BOOK OF COMICS quickly followed. But does having a few books around the house constitute a "library?"
The book that I have long considered to be the cornerstone of my actual collecting days is in fact the book seen here--the 1974 reissue of Clifford McCarty's 1965 book BOGEY--THE FILMS OF HUMPHREY BOGART.
The Bogart cult had begun not long after the actor's 1957 passing, first exclusively amongst film buffs but quickly branching into the mainstream with the appearance of Jean Luc-Godard's BREATHLESS in 1960, in which Jean Paul Belmondo's character pays tribute to his idol throughout. By the time of this book's initial release, Bogart had ascended to a cultural icon with posters adorning college dorms throughout the world.
Things spiked again in the early seventies with Woody Allen's play and film, PLAY IT AGAIN, SAM in which Bogart's ghost is a major character. BOGEY was re-released and all of the classic movies started getting a lot of TV airplay again which is where I discovered them. The Allen film was probably what first piqued my interest and I remember running across this book in the basement of a bookstore soon afterwards right next to the whole Citadel Press line of filmography books!
At a cover price of $4.95, I bought it and devoured it, using it regularly as an adjunct to TV airings of Bogart's pictures. Then I discovered Errol Flynn and went back to pick up THAT volume in the series. Soon I was buying at least one film or comics based book per week--sometimes several! I started haunting used bookstores and actually had to beg my parents for my very first bookcase because the Library was growing! The economy may have slowed that growth finally and necessitated selling off large chunks of books and comics but at least once a month there are still new books coming into Booksteve's Library 35 years after BOGEY first appeared.
Here's looking at you, book!
UPDATE-Completely unbeknownst to me, Humphrey Bogart is TCM's Star of the Month for December! If you haven't yet discovered Bogey (or as more commonly spelled, "Bogie") Turner Classic Movies is running 64 of his films including DEAD END on Wednesday.
Posted by Booksteve at 9:45 AM