The Dead End/East Side/ Bowery Kids # 5 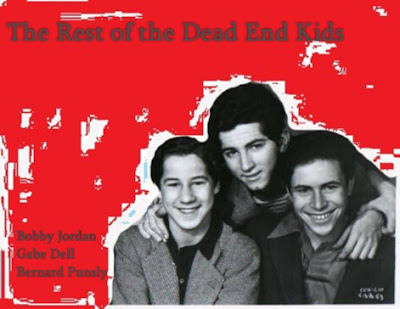 Among fans of the Dead End Kids, Gorcey, Hall and Halop all have proponents who say THEIR guy was the TRUE star of the series. The fact of the matter is that while each of them may well have stood out at one time or another, all 6 of the kids are necessary to get the full ambiance of the group. Bobby Jordan, Bernard Punsly and Gabriel Dell were also original Dead End Kids! It was the chemistry between all six boys that made it work originally both on stage and on film.

Bobby Jordan was nearly the youngest but easily the most experienced of the original boys in DEAD END but ultimately his story was also the most tragic. A veteran of talent shows, radio and short films from the mid-1920's on, he made his New York stage debut in 1929,more than five years before DEAD END. In early motion pictures, he played "Sam" in a series based on the popular PENROD AND SAM series. Ironically, he was replaced in the role (although he continued to appear in the films) by Leo Gorcey's brother David. In DEAD END, the oddly long-haired Jordan gives one of the best performances, too. Along with Leo Gorcey, he was kept on at Warner's when the rest of the gang had their contract's dropped. He played in a number of non-series films and he was good. Handsome, too! Bobby Jordan's future seemed to be filled with nothing but promise. According to IMDB, by that point he was living in a big house and supporting his who 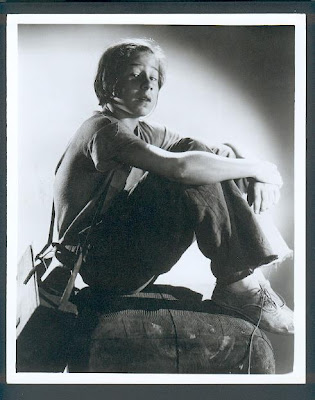 Bobby stuck with the gang, though. He rejoined Billy, Huntz, Gabe and Bernard at Universal for awhile and also held his own in the early EAST SIDE KIDS pictures. Then his luck seemed to take a downturn. He joined the army in 1943. Around this time, he also notoriously had an elevator accident that lead to major, long-running health problems and aggravated alcoholism. In spite of this, Bobby was there for the start of THE BOWERY BOYS but left after the first eight entries, disappointed in the secondary role he was forced into now that Leo and Huntz had become perceived as a double act.

Over the next two decades he worked sporadically in films and on television but supported himself doing a number of short-lived jobs. He died in 1965 just as the gang was being rediscovered again.

By contrast, Bernard Punsly lead a charmed life. Although even slightly younger than Jordan and with only the slightest childhood stage experience, he auditioned for DEAD END and won a featured role as one of the gang. When the whole gang was taken to Hollywood for the film version of their stage success, this, of course, included Punsly. When the gang was infamously running rampan 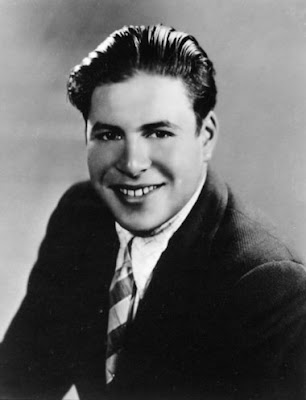 t and getting into trouble on a daily basis behind the scenes, however, Bernard was nowhere to be seen. He preferred to retire to his room after work and read. He had decided to become a doctor. After seven years of loyalty to the Kids at several different studios, Bernard Punsly left show business, like Jordan later would, to join the army. In his case, however, he did not return. He began his medical training during the War and continued it after his discharge, eventually becoming a very successful doctor in California. He was the Dead End Kid most folks could never remember but in real life, he was by all accounts a happy man who had gotten into showbiz as a kid on a whim and knew when he had grown out if it. Dr. Bernard Punsly died in 2003.

This brings us to Gabriel Dell who never, ever grew out of show business. Although he never attained even the Grade B stardom that Leo Gorcey and Huntz Hall enjoyed, there is no question that at the end of the day, Gabe was THE most successful Dead End Kid in Hollywood.

Although just one of the gang in the early pictures, Gabe was for some reason later separated out as a gangster, a Nazi, a police officer, an old friend, a new acquaintance. He continued intermittently with the various series throughout the 1940's but since he never played one continuing role for most of that time, he was never typecast. After an attempt at a nightclub act with Huntz Hall lead to both actors getting divorced, Gabe did the one thing that few childhood stars ever think to do. He took acting lessons. From the fabled Actors Studio, no less. Many child stars are na 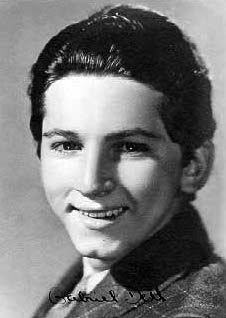 tural actors but come to believe that they're perfect and thus don't bother to learn anything more. As they grow, this often becomes obvious (see Shirley Temple who at age 4 deserved an Oscar but who by age 12 was still cute but nearly unwatchable). Gabe took his craft seriously and ended up successfully back on Broadway. Toward the end of the decade, he was appearing alongside Don Knotts, Tom Poston and Louie Nye et al as members of Steve Allen's famous TV "gang."

Gabe Dell worked steadily through the 1960's and if anything was even more successful in the 1970's on television. He co-starred in two TV series, both sadly short-lived. One was THE CORNER BAR which lasted two seasons but replaced his character, Harry the bartender, with Anne Meara in season two. The other was Noman Lear's infamous misfire, A YEAR AT THE TOP in which he played a devil.

In 1971 he had obvious fun as a scenery-chewing killer with disguises and different voices on an episode of McCLOUD produced by Dean Hargrove. A few years later Hargrove and Dell wrote THE MANCHU EAGLE MURDER MYSTERY, a barely released cinematic failure which is notable for reuniting Gabe with Huntz Hall. After that, Gabe continued to be a welcome presence on TV with his most notable later role being that of Mordru the Merciless, arch-villain of the Legion of Super Heroes in the dreadful Hanna-Barbera LEGENDS OF THE SUPER HEROES TV specials. Some sources even credit Gabe as the voice of Bobba Fett in his animated debut in the STAR WARS HOLIDAY SPECIAL George Lucas would rather forget (although IMDB says that was Donald Francks). Gabe's last credit was in 1982 and he died in 1988. 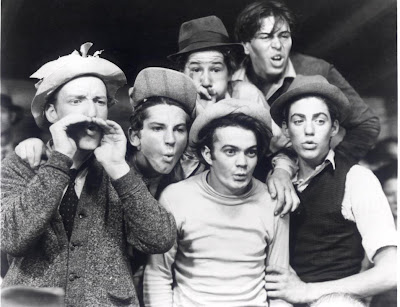 Posted by Booksteve at 7:31 PM