Comics Creator Photos of the 1970's

Earlier today, I ran across some hitherto forgotten clippings that I took from the old pre-CBG TBG back in the 1970's--a treasure trove of vintage newspaper photos of comics creators of the period. I tried to enhance them as much as possible when i scanned them but the yellowed look remains for most. 53 of them (out of about 80) are posted in a photo album on my FACEBOOK page but I'm not sure if you can access that if you aren't FB friends with me. Since many of you ARE FB friends with me, however, I thought I'd bring it to you attention. Let me know what you think. Here are just a few. 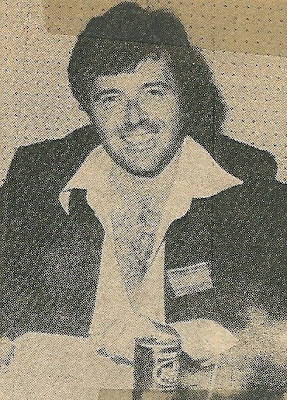 Posted by Booksteve at 6:10 PM