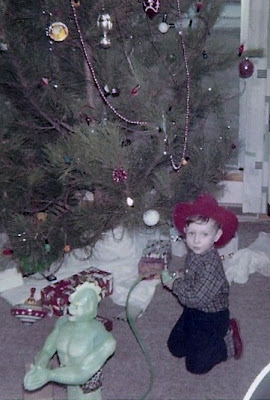 Maurice LaMarche--perhaps best known as "Brain" on the already classic PINKY & THE BRAIN, wrote the following as his Facebook status this morning-- Maurice LaMarche believes it's quite enough with the politically correct, deliberately generic "Happy Holidays!" What is that? Does it include St Thorlak's Day? Junkanoo? Rod Serling's Birthday? It's CHRISTMAS, for cryin' out loud! At least for today, say it! And only it! MERRRRRY CHRISTMAS, EVERYONE!!

My comment--one of dozens he began quickly to receive--was as follows: I was a big supporter of the whole "Happy Holidays" concept for years before it became a politically charged issue.I wasn't trying not to offend anyone. I just wanted to include all the surrounding holidays. That said, I, too, have become sick of it in recent years being co-opted as "Newspeak" so I have made an absolute point of saying "Merry Christmas!" to all and sundry this year! How can wishing someone a Merry Christmas be conceived as offensive? It's a positive statement that is NOT dependent on the other person's religion to be effective! So Meeeerrrry CHRISTMAS, everyone!!
Posted by Booksteve at 10:16 AM