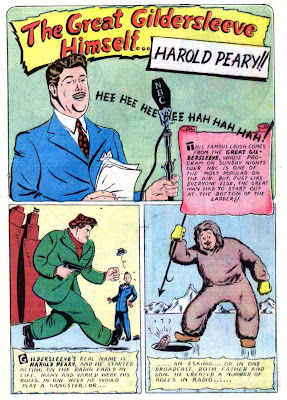 Here's an unexpected find! A comic book story of radio's THE GREAT GILDERSLEEVE from a 1944 issue of Street and Smith's delightful SUPERSNIPE COMICS. For no apparent reason, in the middle of one issue there's a two page biography of actor Hal Peary followed by a multi-page Gildy story guest-starring FIBBER MCGEE AND MOLLY! GCD doesn't even list this story which is signed in one panel by Charles Boland, an artist with whom I'm not familiar at all . With good likenesses of Peary and Jim and Marion Jordan, much of the art appears traced, probably from publicity photos. The rest is pretty standard work with the other characters bearing little resemblance to the actors who played them. I don't know about anyone else but I never envisioned the widow Leila Ransom(e) looking so much like a hot young babe!

By the way, Longtime Gildy writer John Whedon who is referenced here and on whose radio script this comic is based was the grandfather of geek fave Joss Whedon of Buffy, Dr. Horrible and Dollhouse fame! 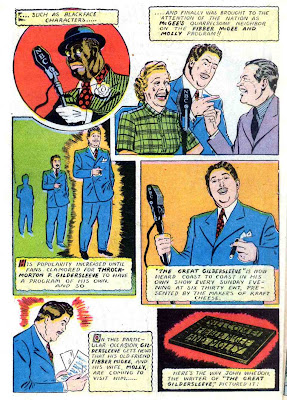 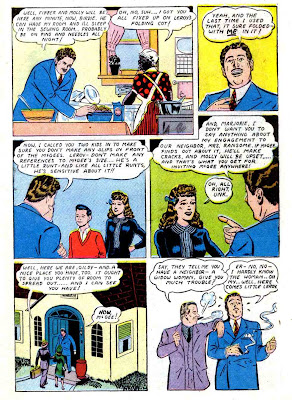 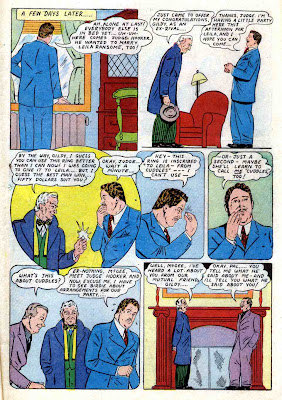 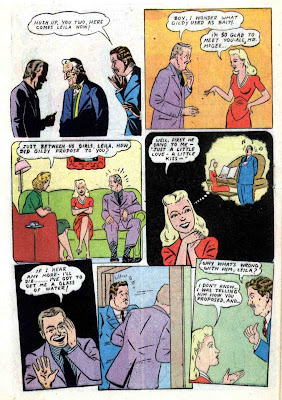 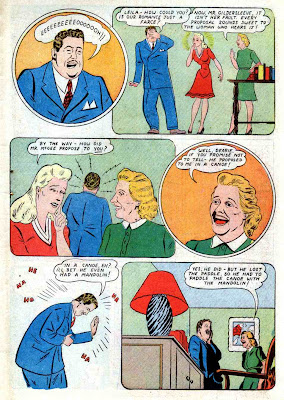 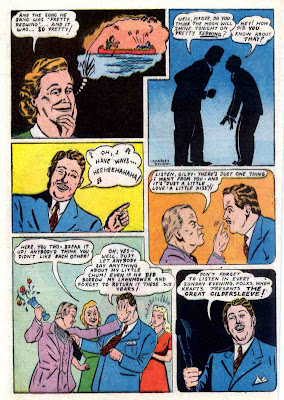 Posted by Booksteve at 7:47 AM