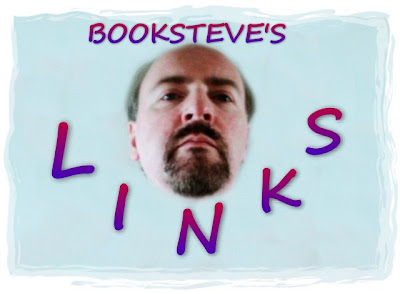 Each and every day (more or less) one can find me over at ITCH headquarters early in the morning linking to a handful of cool comics site postings. It occurred to me that over here at my own home base it's been quite awhile since we recommended any links. Lots of new, nifty stuff out there during that time. Here's just ten for a start. Visit some of these and see for yourselves.

ALPHAVILLE is a heady mix of atheistic humor and humanistic commentary from a guy named after the lead character in the surreal cult sci-fi film from which the blog takes its name.

Artist Sam Henderson has a fun blog that mixes his own works (both previously published and otherwise) with historical and eclectic slices from his own comics and pop culture collections. Blow THE MAGIC WHISTLE at:

FUNKTARDS is a repository of often genuinely surprising and amusing (and NSFW!) nerd humor found on and around the Internet.

Jim Hendrickson's pop blog, THE COMPLETEIST (sic) is a lot of fun, particularly with his regular posts of videos taken from the charting Top 5 in various years!

MARK KAUSLER'S CATBLOG offers comic strip reprints and histories along with some just general pop culture goodness on the side.

PANELOLOGICAL PANTHEON offers reprints and often very detailed commentaries on some little-known but fascinating comic book stories and series from the Golden Age.

MICHAEL BARRIER. COM showcases the historical animation perspectives of one of the most respected cartoon historians (and founder of the legendary FUNNYWORLD fanzine about four decades ago).

THE RAGGED CLAWS NETWORK deals with odds and ends from various comic book art legends but mainly serves as an archive of some of the lesser known (or lesser available) works of Jeffrey Catherine Jones, the great fantasy painter.

http://www.raggedclaws.com/home/tag/jeffrey-jones/
Posted by Booksteve at 5:45 PM