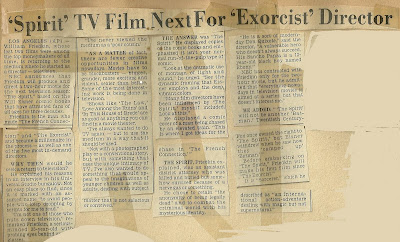 rsion of Will Eisner's THE SPIRIT. If anybody could do the classic strip--then enjoying its great re-discovery via Warren's reprint magazine--justice, it was presumed to be Friedkin. The director's own Oscar-winning THE FRENCH CONNECTION had shown scenes almost literally lifted off of Eisner's pages. Speculation in the fan press of the time is that James Garner would be ideal (if a tad too old in retrospect) in the lead with possibly commercial kid Rodney Allen Rippy or later Gary Coleman as Ebony. One reason we never saw this fanboy dream pic 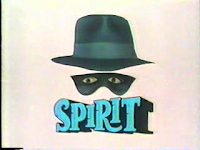 is mentioned right at the end of the article. SORCERER. Although critically acclaimed in some quarters, it was a long, tough shoot and the box office did not indicate that it was worth the wait. Throw into the mix the fact that STAR WARS debuted the following summer and suddenly everyone wanted sci-fi films or nothing. THE SPIRIT would have to wait ten years before finally turning up as a forgettable TV pilot starring FLASH GORDON's Sam Jones. More recently, of course, we've had the almost universally panned Frank Miller version which seems nonetheless to have done reasonably well for its makers. Maybe they can get Friedkin to direct a sequel?
Posted by Booksteve at 8:40 AM