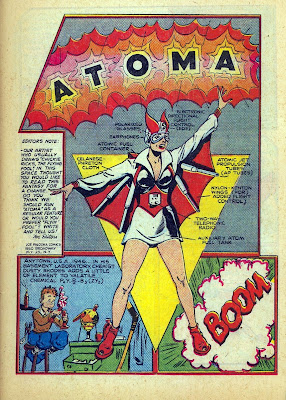 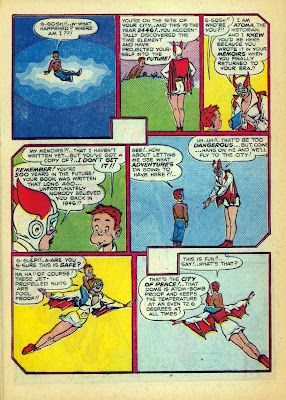 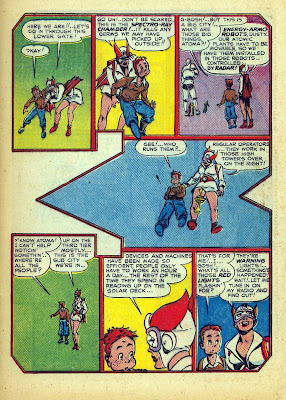 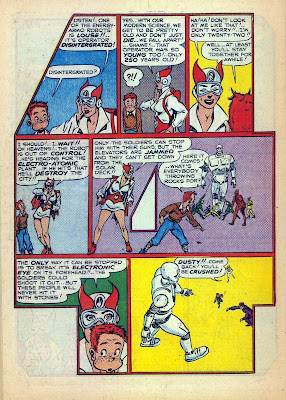 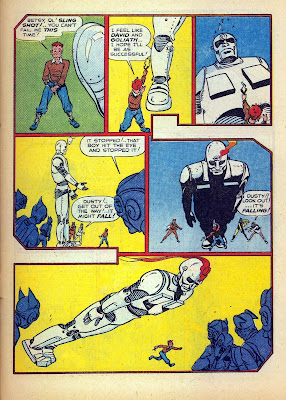 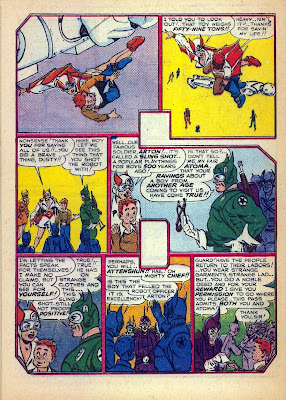 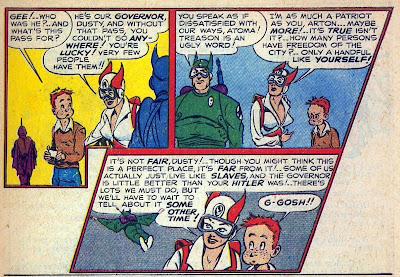 Normally I shy away from full story reprints but I'm assured from at least two folks that this story, originally published in Harvey's JOE PALOOKA # 15 in late 1947, is in the public domain so... JOE PALOOKA was a perhaps surprisingly long-running comic book that mostly reprinted the newspaper exploits of the title boxer. The back-up strips were usually Palooka-related also but in the mid-forties, artist Bob Powell who had done THE SHADOW strip and, for awhile, MISTER MYSTIC in Will Eisner's SPIRIT sections, began doing a strip entitled CHICKIE RICKS THE FLYING FOOL. The first page of ATOMA tells us that it was Powell who wanted to see if a sci-fi strip would go over. Apparently it didn't. In spite of the innovative number layouts on each page (to cover up for the more sparse than normal backgrounds perhaps?)and the fact that the whole thing is clearly setting up a series, GCD lists this as the only appearance of ATOMA. Powell would do some impressive work at Harvey on THE MAN IN BLACK as well as in some crime and horror comics. In the sixties, he, along with Wallace Wood, designed the infamous MARS ATTACKS cards. He ended up doing some unusual work on secondary features at Marvel, then moved on to SICK, one of the many imitation MAD magazines. He died in 1967.
Posted by Booksteve at 8:03 AM